The move from BS4 to BS6 has led to a drop in the Triber’s ARAI mileage figures. 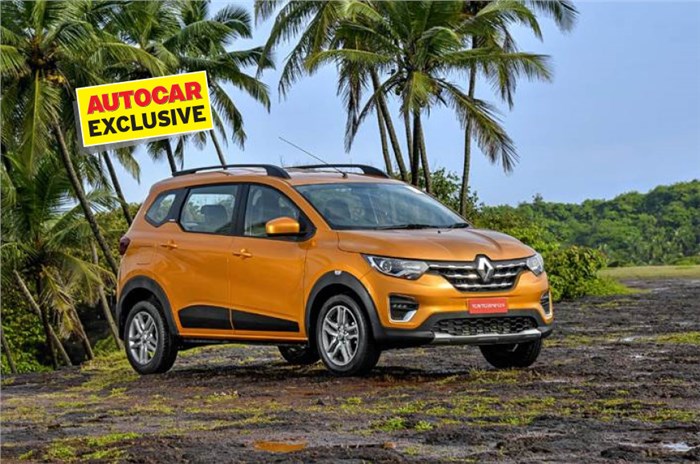 As we’ve witnessed on multiple cars that have been upgraded to the latest emission norms, the BS6 Triber’s fuel economy is also down on the earlier BS4 version’s number. With the 5-speed manual gearbox, the Triber is certified with an ARAI-tested 19kpl economy; or 1kpl less than the equivalent BS4 version. The new AMT variant has been certified with an economy figure of 18.29kpl.

How does the Renault Triber compare on fuel economy?

The Renault Triber takes on the Datsun Go+ and can also be clubbed with like-priced hatchbacks like the Hyundai Grand i10 Nios, Maruti Suzuki Swift and Ford Figo. Here’s how the cars in question compare on fuel economy.

From the table above, we can see that while the Triber provides practicality and seating for seven, in the engine department it is overshadowed by the hatchbacks and has the second lowest ARAI mileage figure. Although, its figures are only a fraction lower than the Datsun Go+, which ekes out 0.2kpl more in manual form and 0.28kpl more in automatic guise.

Without a doubt, it is the Maruti Suzuki Swift that is the most efficient offering, as it returns 21.21kpl in both manual and automatic versions. The Ford Figo, on the other hand, has the lowest fuel economy – 18.5kpl – in manual form and is not currently available with an automatic.

We should also mention that we are using ARAI-tested mileage claims; real world figures always tend to be lower. Hyundai also offers a Grand I10 Nios Turbo with a sportier 100hp, 1.0-litre, turbo-petrol engine, which has been left out of this comparison.

How does the Renault Triber compare on price?

The table above shows the price ranges for the petrol versions of all the models, however, the Hyundai Grand i10 Nios and Ford Figo are also available with BS6-compliant diesel engines.