New top-spec variant of the three-row SUV comes in as a CBU; features M Sport-specific changes inside and out. 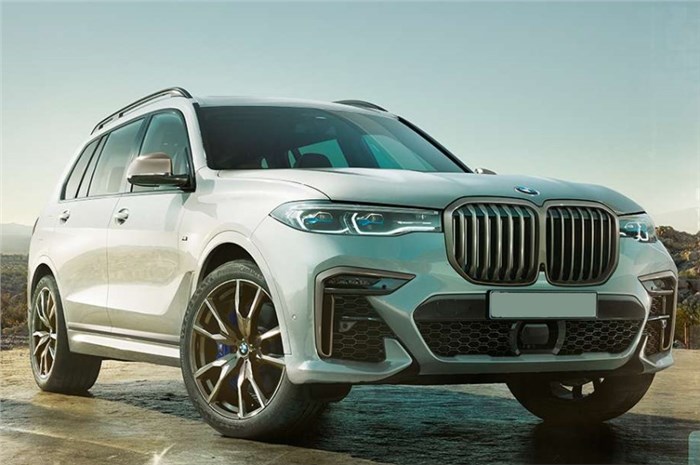 The BMW X7 M50d is powered by a 3.0-litre, in-line six-cylinder, quad-turbocharged diesel engine that produces 400hp and 760Nm of torque. The engine is mated to an 8-speed automatic transmission as standard, which sends power to all-four wheels via BMW’s xDrive system. The M50d does 0-100kph in a claimed 5.4secs and has a limited top speed of 250kph.

What’s different on the M50d?

Being an M model, the M50d gets sportier styling elements compared to the rest of the range. It gets a more angular front bumper, a tweaked rear diffuser with larger exhaust ports, and also gets the wheel arches and side skirts finished in body colour. It sports larger alloys with different designs, an M Sport exhaust system, and M Sport brakes with blue calipers. The M50d also features gloss black trim in place of chrome around the windowsills, the roof rails and in the front bumper.

What are the features on offer?

Buyers can also customise their SUV as per their taste, with the help of the optional extras from BMW Individual.

Who does it compete against?

The BMW X7 M50d competes with other high-end luxury SUVs like the Range Rover Sport, Audi Q8 and Porsche Cayenne. Another key rival for the BMW X7 will be the upcoming, new-generation Mercedes-Benz GLS range, the launch of which is slated for June 17.