All units of the luxury SUV have been sold out within less than three months of its India launch. 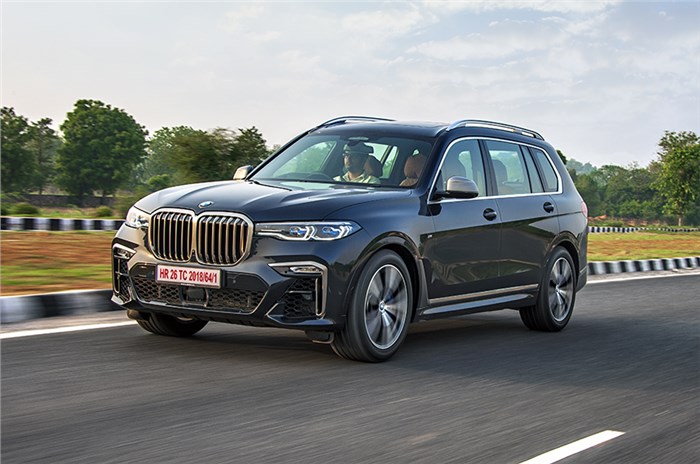 BMW launched its X7 flagship SUV in India earlier this year, in late July. According to the carmaker, all units of the X7 SUV have been sold out for the rest of 2019 – in less than three months of its launch. The booking or sales figures of the model, however, have not been disclosed yet.

The X7, which extended BMW’s range of SUVs under the X series to a new level, comes in a petrol and diesel variant. The xDrive40i variant is powered by a 340hp, 3.0-litre straight-six, turbo-petrol engine while the xDrive30d gets a 265hp, 3.0-litre straight-six, turbo-diesel unit. Both these engine options come paired to an 8-speed automatic transmission and BMW’s xDrive four-wheel-drive system with surface-specific modes.

Over the past year or so, BMW India has refreshed its product portfolio by introducing multiple new offerings. This, it hopes, will compete better in the high-powered Indian luxury vehicle market. ”For us, X7 is only the beginning. BMW India has the freshest portfolio in the luxury car market and all our latest launches are generating tremendous demand,” says Rudratej Singh, president and CEO, BMW Group India.

The diesel xDrive30d variant is locally produced in BMW India’s Chennai plant, while the petrol one is imported as a CBU (completely built-up unit). Both sport an ex-showroom price tag of Rs 98.90 lakh. Coming to its rivals, the X7 competes with other large, luxurious SUVs such as the Mercedes-Benz GLS and the Range Rover.