Autocar India's most watched videos of 2021 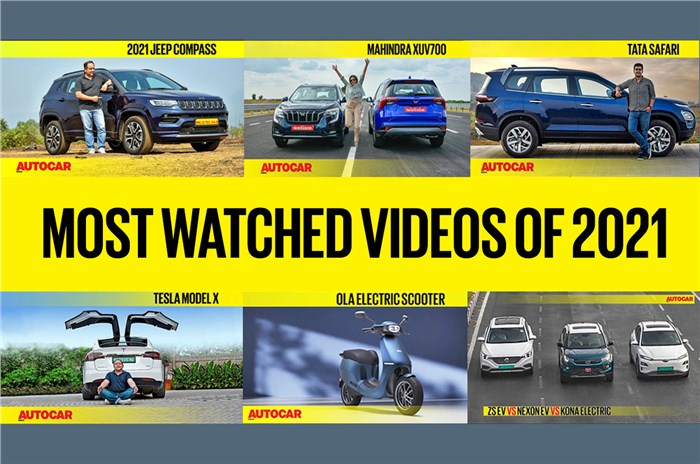 We look back at some of the most popular videos to appear on the Autocar India YouTube channel over this past year.

The new year is just around the corner and there will be plenty of new car and SUV launches coming our way. In this last week of the year, we decided to look back at some of the most popular video uploads on the Autocar India YouTube channel in 2021. A quick glance at the list shows that SUVs continue to be the buzz word for most Indians, but more importantly, the electric fever is on the rise too.

The Tata Safari was a revival of a very iconic name in the Indian automotive industry, and one that fetched us the most views in 2021 – over 3.1 million. The Safari may have divided opinion on its name, but this Harrier-based three-row SUV is thoroughly tough and solid, thanks to a powerful 170hp, 2.0-litre diesel engine and a robust suspension set-up that greatly suits Indian road conditions. We even put the new Safari through a mild off-roading course to see if it really befits its name. Watch the comprehensive review here. 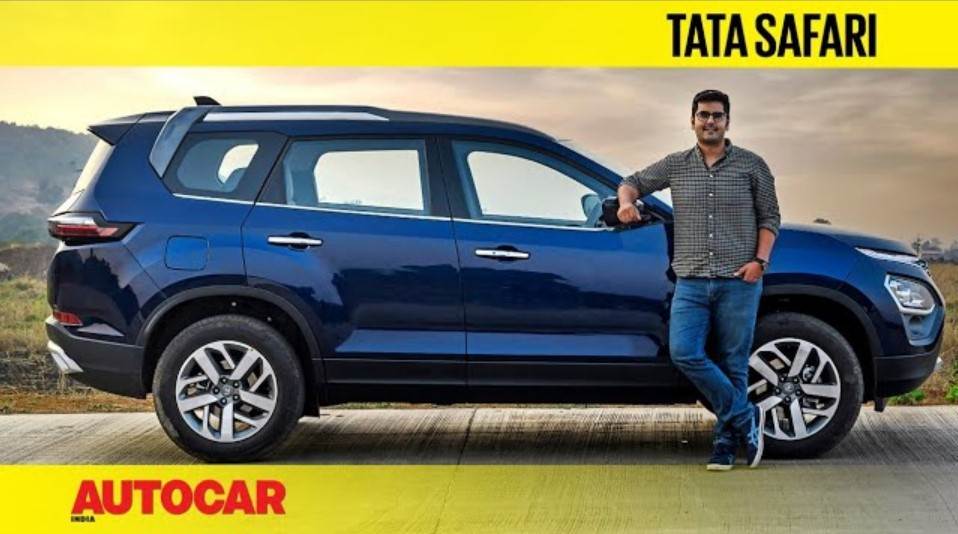 The Mahindra XUV700 was one of the most anticipated new launches of this year and certainly a very important one for Mahindra. The XUV700 currently has waiting periods extending up to 2023, but that’s no surprise given the sheer value it offers. Multiple seating configurations, ADAS features, AWD, expansive feature list and powerful 2.0-litre petrol and diesel engines – all packed together at a reasonable amount. In this video, we test all versions of the XUV700 – petrol and diesel, manual and automatic. 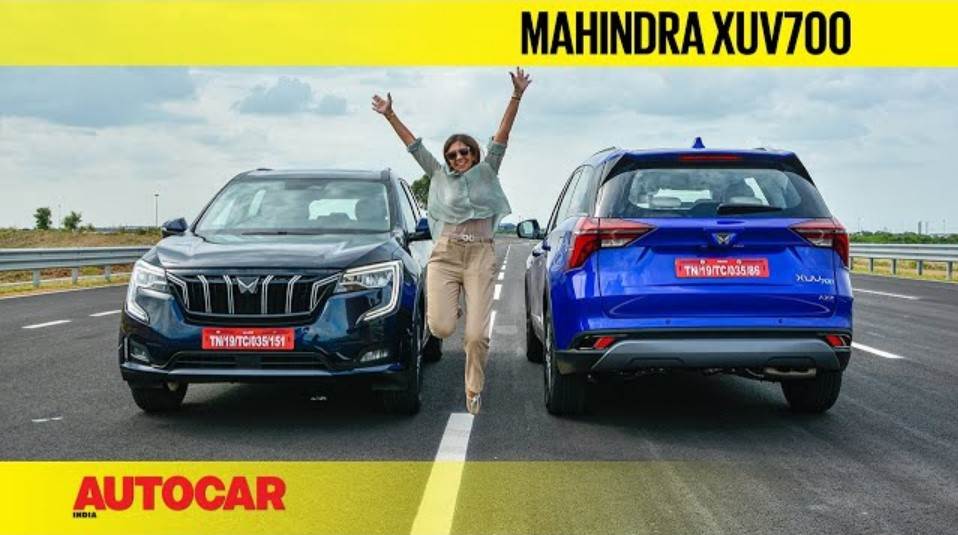 The Punch is the second Tata SUV to feature in this list, and while it’s the smallest SUV in the company’s portfolio, it’s built tough and has quite a character. Sized similar to a high-riding hatchback, the Punch still has all the attributes of an SUV, thus hitting the right chords among its buyers. Like the Safari, we put the Punch through a thorough off-roading course as well, and it had us plenty impressed. Overall, the Punch makes for a great package, but it’s let down by its price, which takes it close to compact SUVs from a segment above. Watch the full video review here. 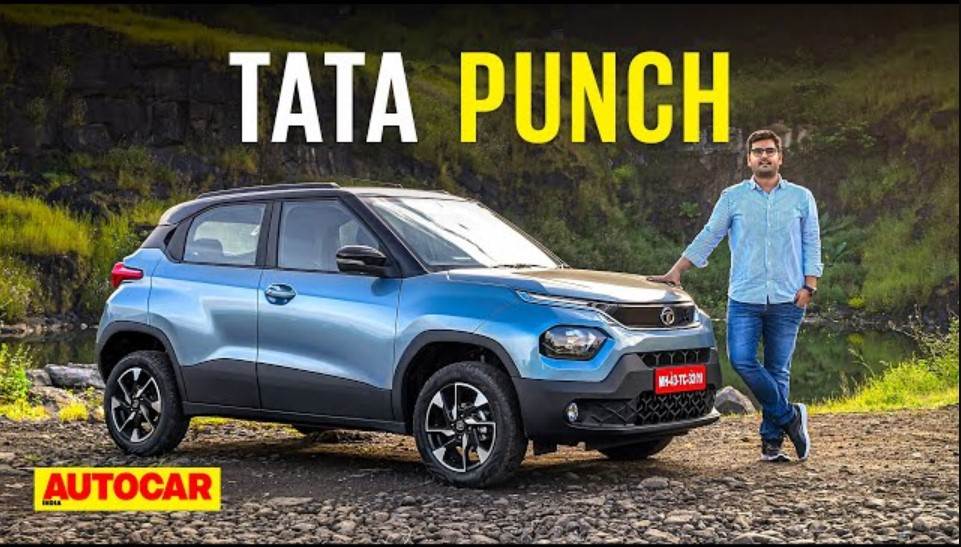 Unveiled on Independence Day, the Mahindra XUV700 had caught people’s interest right from the start. It was absolutely loaded to the brim with features and technology, and that’s exactly what was detailed in this video. We took a close look at the XUV700’s styling, equipment, seating, engine, specs and its pricing. With introductory prices starting from Rs 11.99 lakh (ex-showroom), it sure did catch eyeballs of viewers. 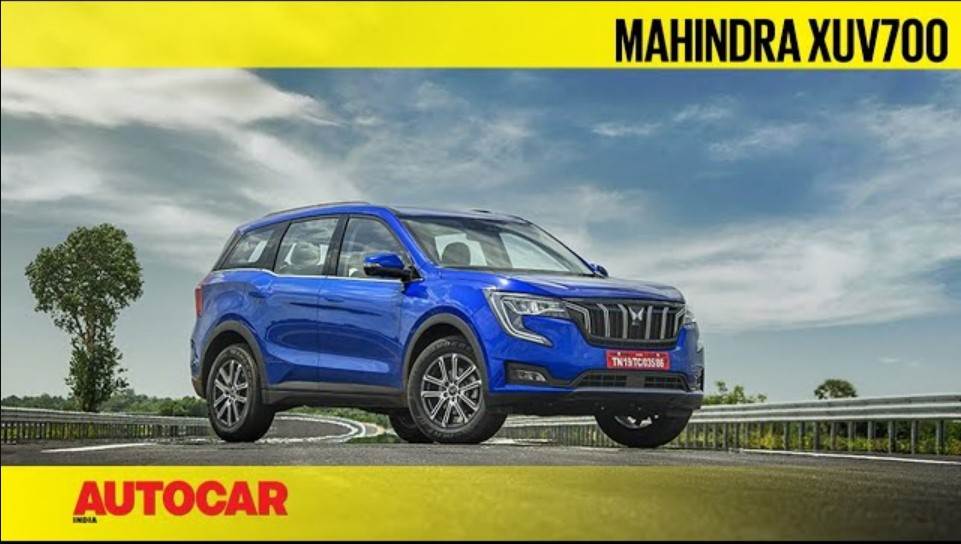 Now this was an absolute bucket list item, and ironically, one that was motivated by the pandemic. Given the frenzy around air travel at the time, editor Hormazd Sorabjee opted to travel from Delhi to Mumbai by road. What made this road trip even more special was the mega BMW M8 – a 600hp, two-door sports coupe, that’s as scintillating to drive as it is to look at. The journey took us through Jaipur, Jodhpur, Ahmedabad and finally to Mumbai. You can relive that epic journey here in this video. 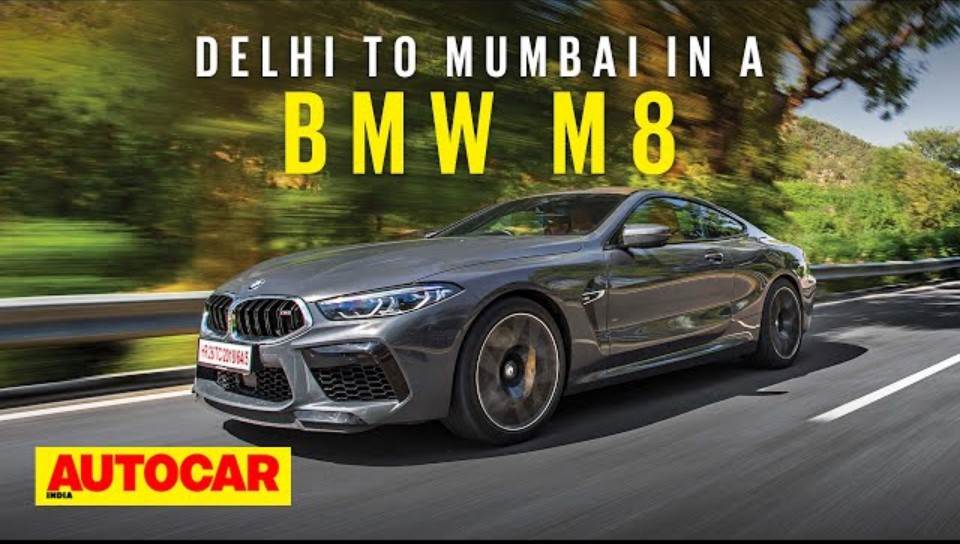 On the occasion of Earth Day, we did an exclusive review of the Tesla Model X in India. And while the Model X was never particularly slated for a launch in our country, Tesla had just confirmed its plans to produce and sell its vehicles in India, which made us go out and find out what the hype around the brand was all about. And it sure did live up to that hype. From the gimmicky ‘Celebration mode’ to all the quirks and unique features of a Tesla, the Model X had us impressed. You can watch our first impressions about a Tesla in India here. 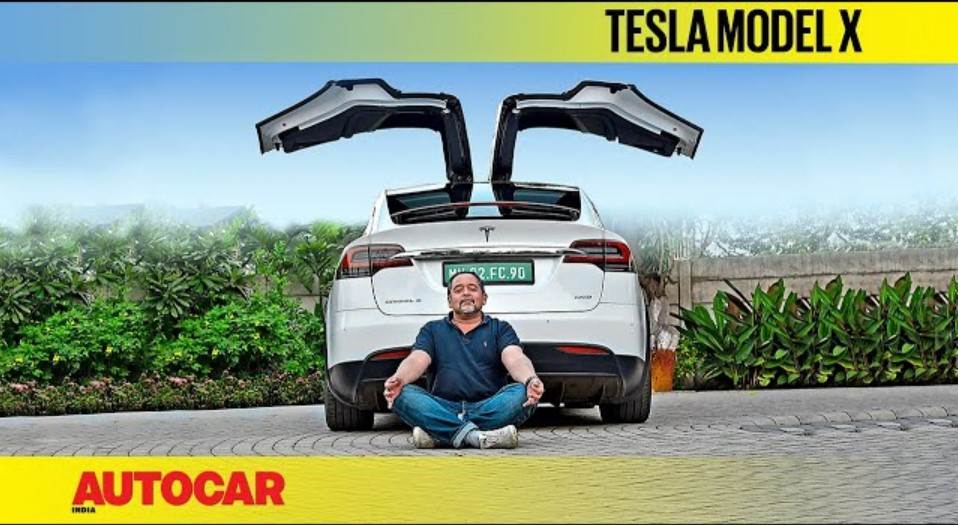 This was arguably one of the most important comparisons we have done this year, because these are the very vehicles setting the tone for the future. The Nexon EV, ZS EV and the Kona Electric are your most realistic options if you are looking to make that early plunge into the world of electric cars. We, thus, brought the trio together to find out how well EVs fit into everyday life and which one makes the most sense. Watch our detailed comparison of all three EVs before you decide to put your money on your first electric vehicle. 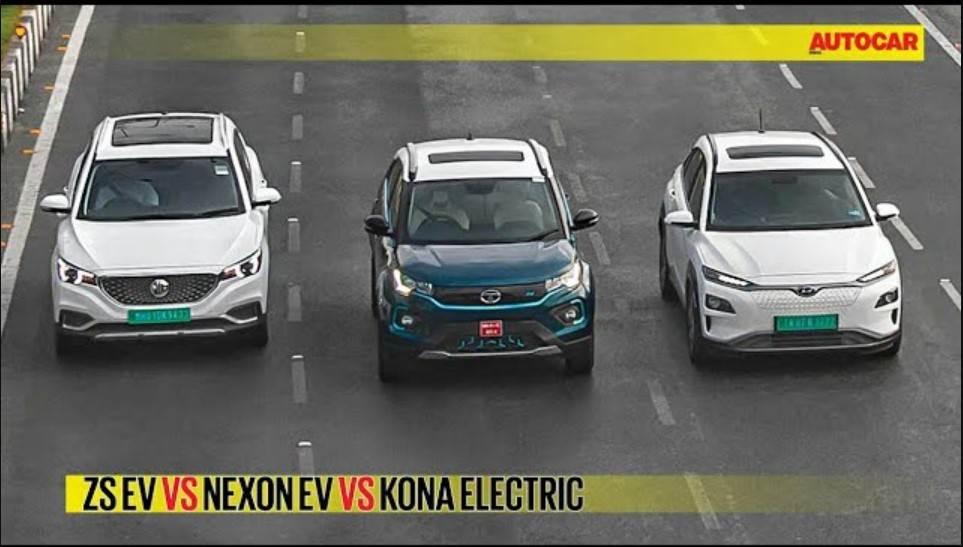 The Jeep Compass was updated with a comprehensive facelift earlier this year, bringing in fresh new styling, a completely redone cabin and a lot more features. And while it remained unchanged mechanically, with its 173hp, 2.0-litre diesel and a 163hp, 1.4-litre turbo-petrol engines, the enhancements added up to make a big difference, particularly on the equipment front. Watch the in-depth video review of the Compass facelift that gave it a fresh lease of life. 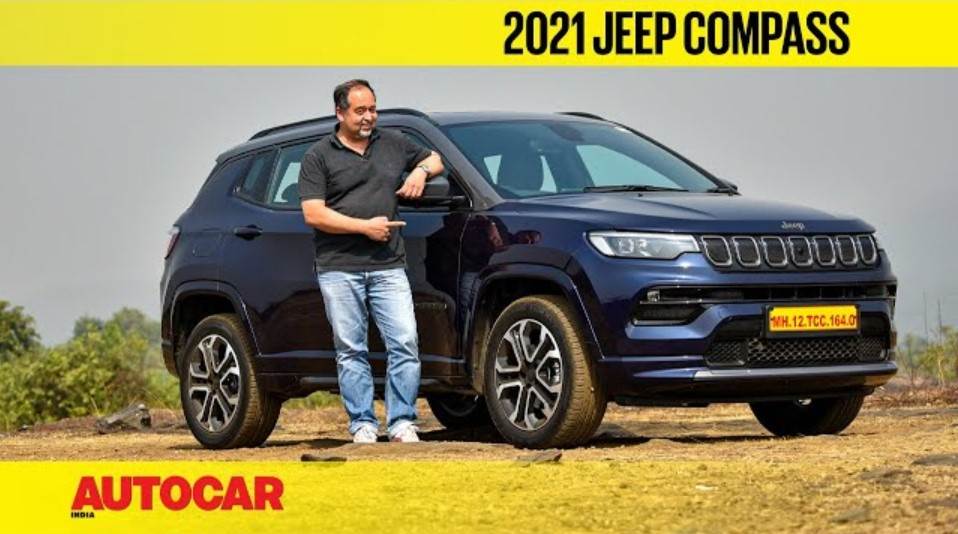 It was big news when Indian mobility major Ola announced its entry into the electric two-wheeler space, and that, naturally, led to a lot of anticipation for the Ola Electric S1 and S1 Pro scooters. The Ola Scooters were also launched on the occasion of Independence Day, and while the products were still far from reality, Ola promised class-leading specs that even dwarfed the very popular Ather 450X. In this video, we talk about all the key details that made the Ola scooters a game-changing product, on paper. 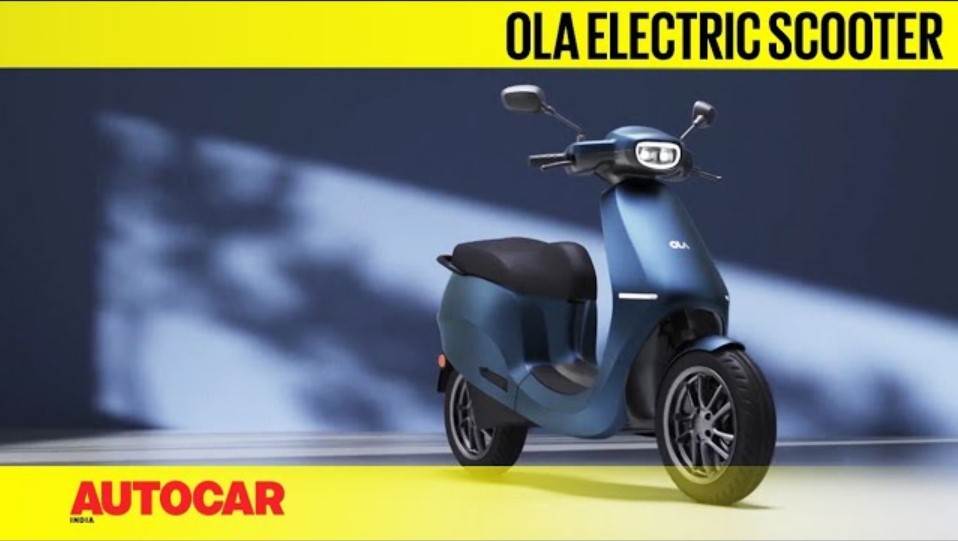 Our viewers can’t seem to get enough of Teslas as this is the second Tesla video to feature on this list. And this one is actually relevant for us, as the Model 3 is touted to be the first Tesla that will go on sale in our market. Hence, we set out to test the Tesla Model 3 here ahead of its launch sometime next year. We took a look at all its crazy features, Auto Pilot, performance and even discovered a couple of issues that the car could face in India. You can watch the detailed video review here. 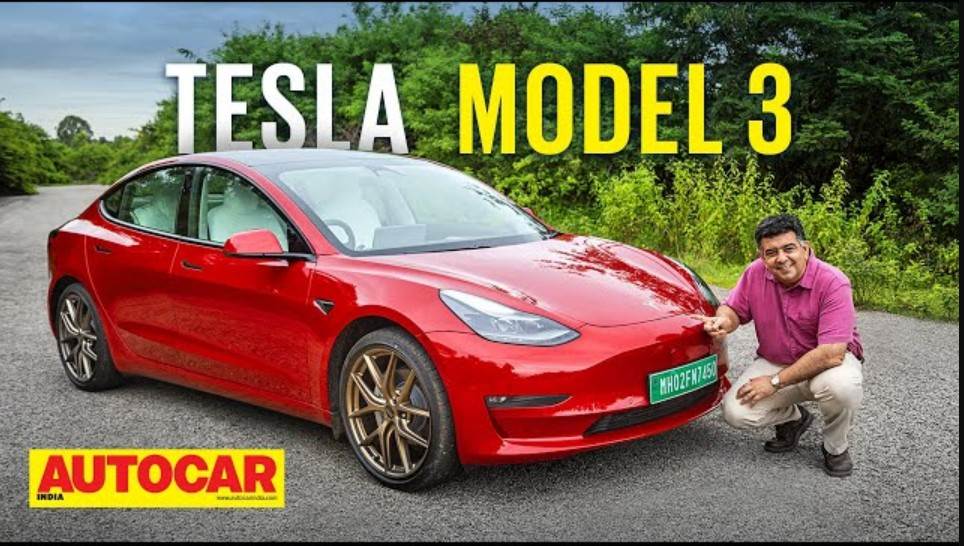 Number of views is calculated from January 1 to December 28, 2021

Blink and you miss it: Cars that make over 1,000hp