The Audi Q7 facelift is available in two trims – Premium Plus and Technology – and with a sole V6 petrol engine. 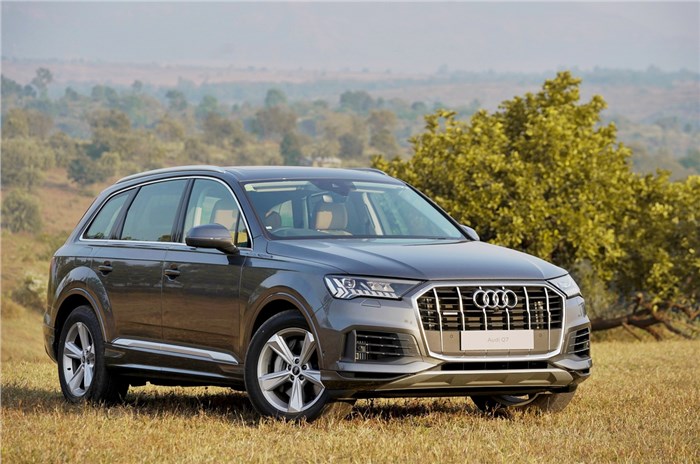 Audi has reintroduced the Q7 in India by launching the facelifted SUV today. Introductory prices for the updated Q7 start at Rs 79.99 lakh for the base Premium Plus, going up to Rs 88.33 lakh for the Technology variant, both prices ex-showroom, India.

The Q7 is back after a hiatus of nearly two years, since it was discontinued in the run up to BS6 emission norms in April 2020. The facelifted Audi Q7 gets an exterior makeover, a completely revamped interior and, most importantly, makes the switch to being a petrol-only SUV.

The facelifted Q7 made its global debut in June 2019. And while it retains the estate-like look of its predecessor, the facelifted Q7 looks fresh and in-line with newer Audi SUVs. Up front, it wears a larger, octagonal, single-frame grille, flanked by revised Matrix LED headlamps with new-look daytime running lamps.

At the rear, the tail-lamps have been updated too, and there’s a chrome strip that spans the width of the hatch. Reworked front bumper with larger side air intakes and sharper creases and a reworked rear bumper round off the changes on the exterior. At 5,063mm, the overall length is also up by 11mm. The new Q7 is available in five colour options to choose from – Carrara White, Mythos Black, Navarra Blue, Samurai Grey and Floret Silver.

The facelifted Q7 gets an even more comprehensive makeover on the inside. Gone is the single, free-standing screen from the pre-facelift model, and in comes Audi’s new twin-touchscreen MMI infotainment system, similar to the larger Audi Q8. There are two colour schemes for the interior –Saiga Beige and Okapi Brown.

The dashboard now boasts of a 10.1-inch touchscreen infotainment system positioned on the top half, with an 8.6-inch touchscreen for the climate control placed down below in the central console. Audi’s ‘Virtual Cockpit’ digital instrument cluster continues on the Q7, though it has now been upgraded to the second-gen version. Gloss black trim on the dashboard and plenty of chrome and brushed aluminium make it feel like a modern-day Audi. As before, the Q7 continues with a seven-seat configuration, giving it an edge over its rivals.

A major problem with the pre-facelift model was that the spare tyre came secured to one of the seats in the third-row, rendering it useless. Audi has resolved this by switching to run-flat tyres, thereby eliminating the need for a spare.

Under the hood, the Q7 facelift gets a new 340hp, 500Nm, 3.0-litre turbocharged V6 petrol engine that comes mated to an 8-speed automatic gearbox, driving all four wheels via Audi’s Quattro AWD system. The engine also boasts of a 48V mild-hybrid system that enables the engine to be turned off for up to 40 seconds when coasting. This engine is also offered on the Q8 and A8 in India. Audi claims a 0-100kph sprint time of 5.9 seconds, with top-speed rated at 250kph.

The 249hp, 3.0-litre V6 diesel mill (45 TDI) and the 252hp, 2.0-litre, four-cylinder, turbo-petrol engine (40 TFSI) from the pre-facelift model are no longer on offer. However, like its predecessor, the facelifted Q7 continues to be offered with adaptive air suspension as standard fitment. It also gets Audi Drive Select with seven drive modes on offer.

The updated Q7 will take on rivals like the Mercedes-Benz GLE, BMW X5 and Volvo XC90. It’s worth noting that among its rivals, only the Volvo XC90 comes in a seven-seater configuration, while the other two and only five-seater SUVs.

What are your thoughts on the pricing of the new Audi Q7 in India? Let us know in the comments below. 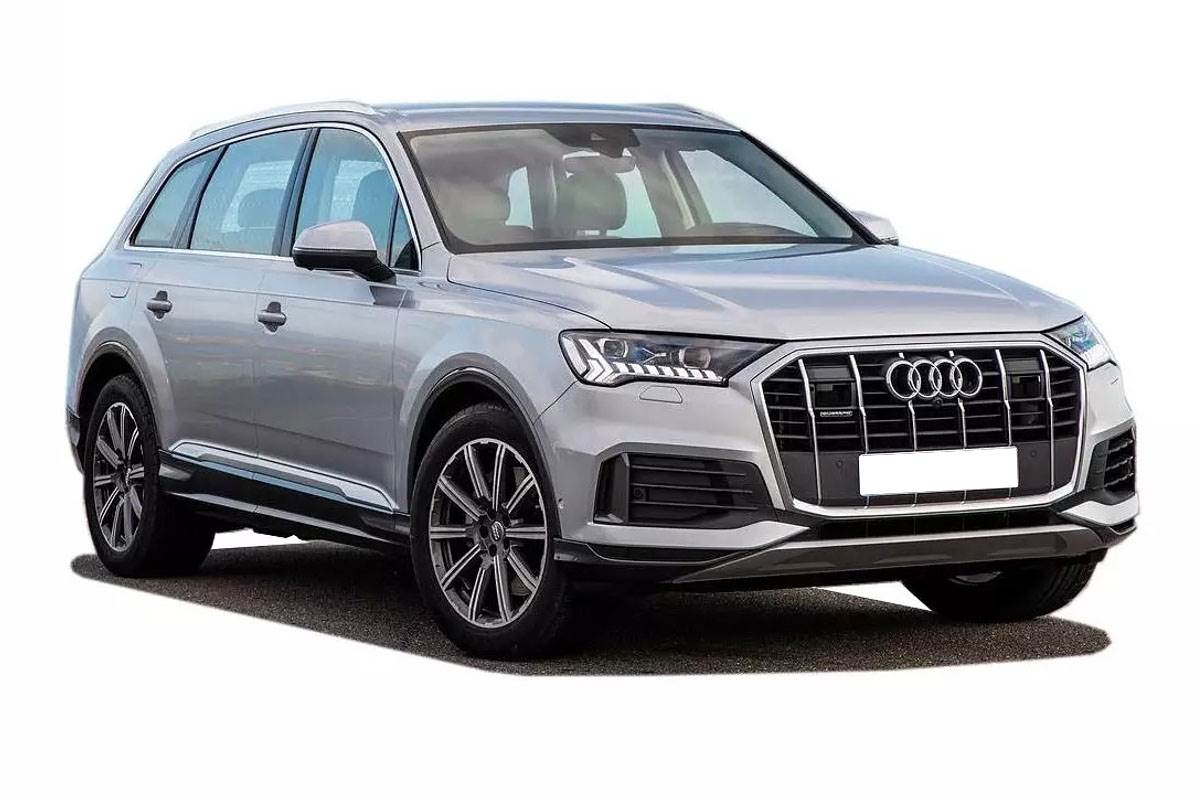 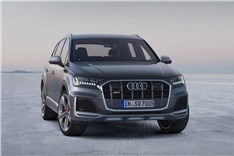 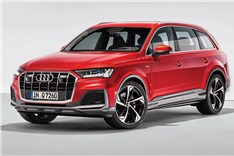 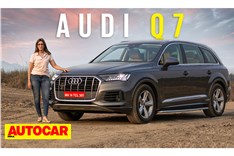 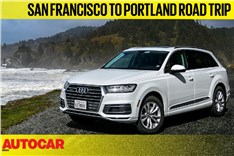 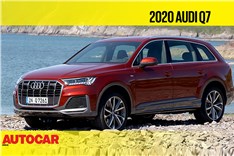