Next-gen LC300 to be underpinned by a new platform; to be offered with V6 turbo-petrol and diesel engine options. 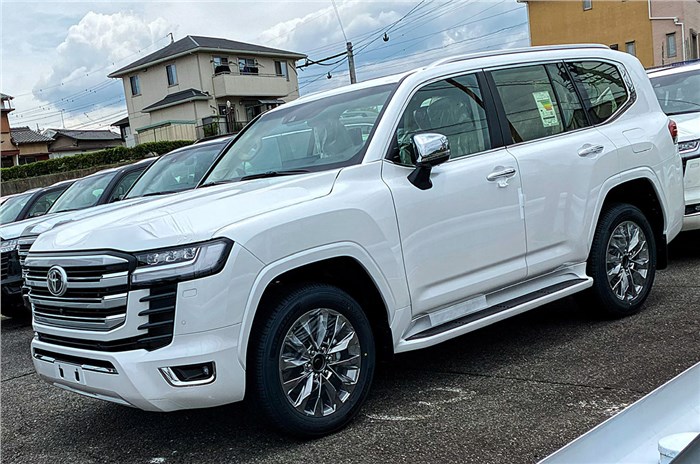 The next-gen Toyota Land Cruiser LC300 is set to make its global debut on June 9, 2021. The new SUV is expected to be underpinned by a new TNGA-based platform, while packing in more tech than its predecessor.

As has been evident from spy photos, the Land Cruiser LC300’s basic design doesn’t stray too far from the LC200, with similar boxy and upright proportions. Notable changes though include new-design headlamps, a more prominent grille, a secondary U-shaped vent running along the edge of the grille, and fog lamps set low on the bumper. The sides are characterised by flared, squared-off wheel arches and a window line with notable kinks near the A- and D-pillars. The rear is quite plain in comparison.

There are also details on a new GR Sport (GR-S) variant that will get variant-specific cosmetic changes such as the grille and bumpers, along with upgraded mechanicals over the standard LC300. The new LC300 will also pack in a lot of new technology, including a fingerprint recognition-based engine ignition, a new generation of Toyota’s Kinetic Dynamic Suspension System and more. You can read more about it here.

Leaked engine details have revealed that the new LC300 will get new V6 petrol and diesel engines. The petrol unit is expected to be a new 3.5-litre, twin-turbo V6, putting out 415hp and 650Nm, while the diesel is set to be a 3.3-litre V6 unit putting out 306hp and 700Nm. Interestingly, these outputs would mean that the LC300 will be more powerful than the model it replaces. Four-wheel-drive is expected to be standard fit across the range. A hybrid too is expected at a later date.

Moving to the Indian market, Toyota did sell the Land Cruiser LC200 and the Land Cruiser Prado in our country for a few years, before pulling the models during the switch to the more stringent BS6 emission norms. While there is no confirmation yet, the new LC300 could return to India as the brand’s flagship SUV. Toyota’s sister brand Lexus is also expected to debut a new LX SUV – the LC300’s sister model – later this year, which could also arrive in India sometime in the future.