Next-gen Toyota Land Cruiser 300 sports evolutionary design and retains the upright proportions of the current 200 Series model; to be powered by V6 engines. 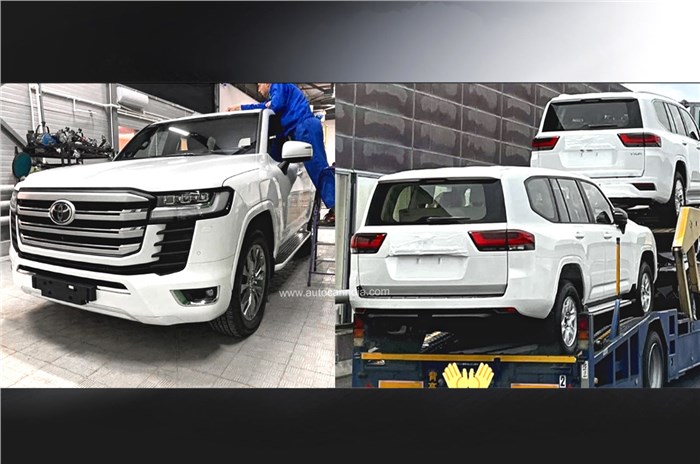 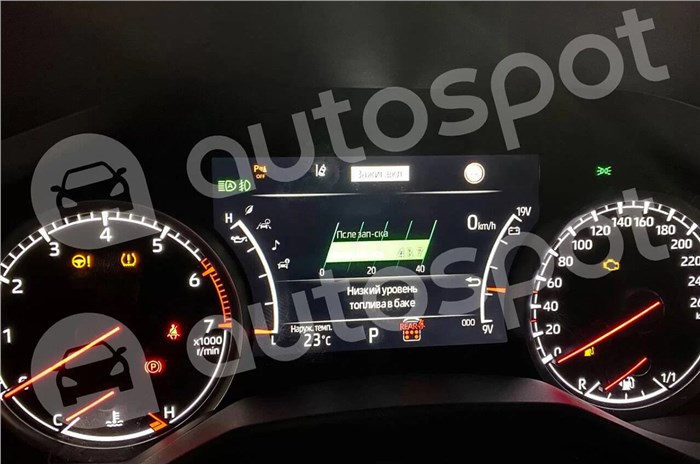 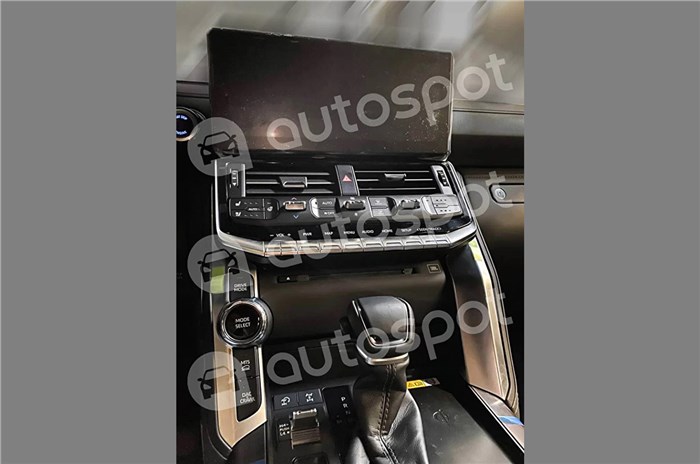 The next-gen Toyota Land Cruiser has been leaked ahead of its expected debut in the coming months. The all-new SUV is expected to be underpinned by a new platform with the current car’s V8 engine options making way for six-cylinder units.

The next-gen Land Cruiser looks to retain the boxy upright proportions of its predecessor while getting plenty of new design touches to set it apart. Up front, the new Land Cruiser gets a bolder grille with thick slats with a brushed metal finish, flanked by new projector headlamps with LED daytime running lamps.

Lower down the SUV features a rather unique U-shaped vent extending from the lower edges of the headlamp and essentially framing the grille. The fog lamps are set low and wide in the bumper with the housing getting chrome detailing. Also noticeable are the large squared out wheel arches.

From the rear, the design seems to be more staid in comparison with rather plain looking split tail-lamps and upright tailgate.

Moving to the cabin, images suggest a redesigned dashboard with a free-standing touchscreen atop the centre console. Toyota seems to be retaining physical controls for much of the in-car functions with images of the centre stack depicting a number of switch gear for operating the climate control system, low range selection, and differential lock to name a few.

Similarly, the instrument cluster too looks to be an analogue unit with a large central MID instead of the all-digital displays seen on many contemporary high-end SUVs.

Moving to the engines, the new Land Cruiser is expected to bid farewell to the 4.6-litre petrol V8 and 4.5-litre diesel V8 from the 200 Series SUV in favour of downsized V6 units. The petrol model is expected to make use of the 3.5-litre V6 twin-turbo-petrol while the diesel is said to use a new 3.3-litre V6 mill. The former is also expected to get a hybrid option.

The next-gen Toyota flagship SUV is expected to be unveiled on the global stage in the coming months with launches in international markets to follow. Coming to India, while Toyota did sell the Land Cruiser 200 Series in India for a few years, the model was discontinued in the shift to BS6. It will be safe to expect the Land Cruiser 300 to make its way in India in future.