The new Thar SUV will be powered by a BS6-compliant 2.2-litre diesel engine and a 2.0-litre petrol engine. 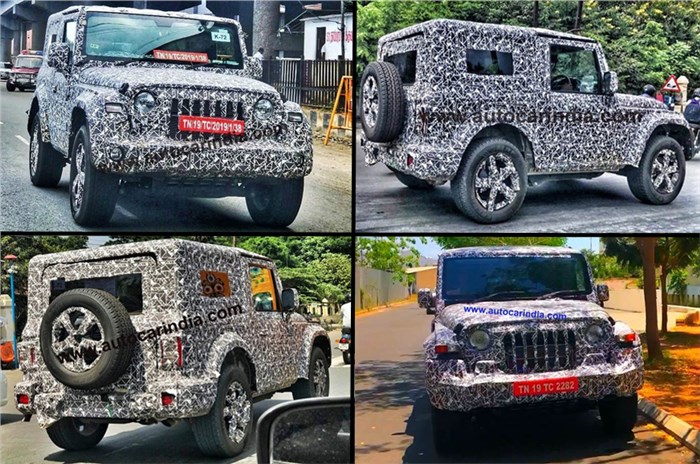 Mahindra has confirmed that the next-gen Thar will be launched in the first quarter of the next financial year (mid-2020). The carmaker decided against showcasing the new-gen model at the 2020 Auto Expo last month, and will instead unveil the SUV in a separate event in the coming months.

The new Thar will be powered by a BS6-compliant version of Mahindra’s tried-and-tested 2.2-litre diesel engine. The engine is expected to put out around 140hp and come coupled with a 6-speed manual gearbox. An automatic gearbox option is also likely to make its way into the new Thar.

In addition to the diesel, Mahindra is also expected to equip the new Thar with a 2.0-litre petrol unit from its mStallion family of engines. This unit delivers a healthy 190hp and 380Nm of torque, and feature direct injection as well as turbo charging.

The new Thar’s interior will be a far cry from its predecessor, getting a completely new dashboard layout. The cabin will feature many creature comforts such as a touchscreen infotainment system with Apple CarPlay and Android Auto, a multi-info display in the instrument cluster, manual AC, and multiple USB ports. Exterior features are likely to include a rear parking camera, LED daytime running lights and power-folding wing mirrors. The new Thar will also get two airbags and ABS as standard, along with a front-facing second row of seats.

The new-generation Mahindra Thar has been one of the most anticipated SUVs in India. The all-new SUV was spotted undergoing testing multiple times in the past year.  When launched next year, the all-new Thar will take on other off-road-focused SUVs in our market, such as the Force Gurkha and the upcoming Suzuki Jimny.