Fresh spy pics reveal more details about the new Thar including its wheels and tyres. 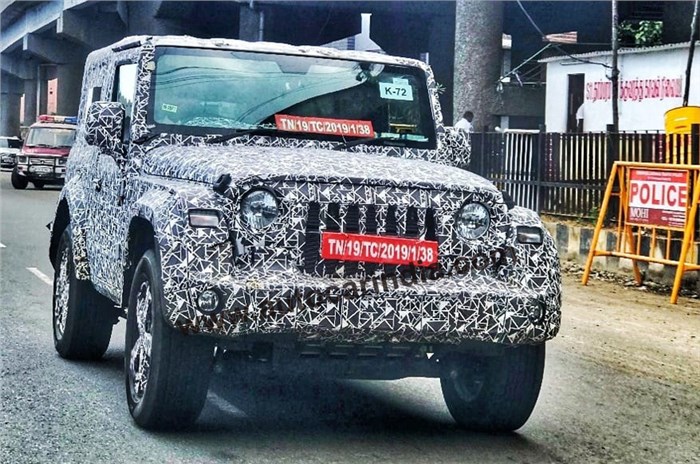 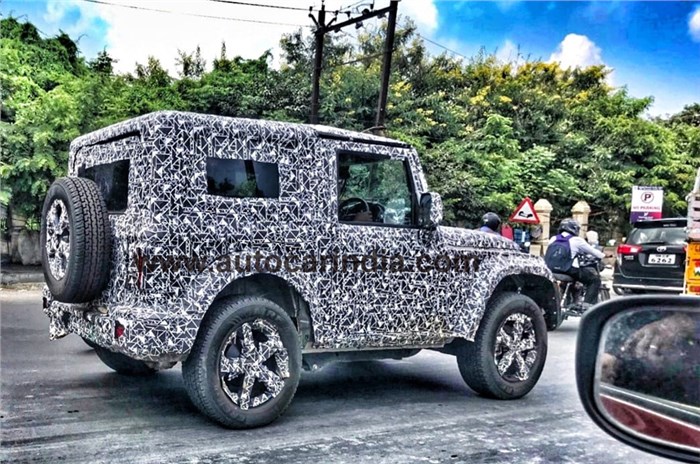 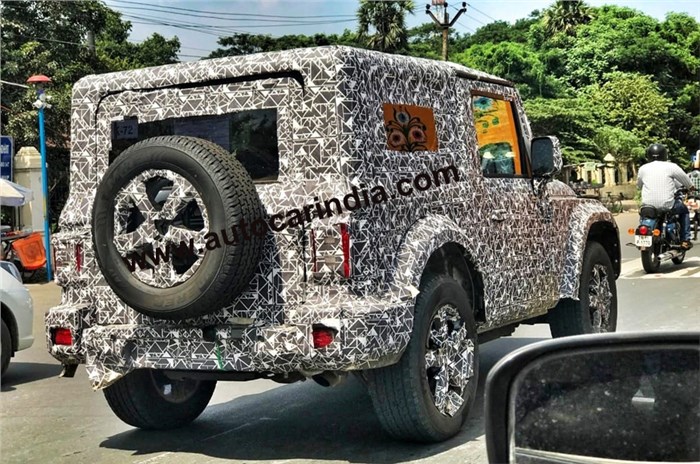 Mahindra seems to be in final stages of road-testing the next-gen Thar off-roader, which is likely to make its global debut at the upcoming Auto Expo 2020 in New Delhi that starts from February 7.

While there are plenty of spy shots of the new Thar floating around the internet, today we bring you a new set that shows the model in its near-final stages of testing. These new images show the next-gen Thar in complete camouflage, however, a closer look reveals a few details that were still unknown.

First up, the test mule seen in these pictures is not only production-ready on the outside and inside, but is also equipped with something we’ve not seen yet on the second-gen Thar – alloy wheels. Sources tell us that the test mule had 18-inch alloys shod in 285/65 R18 MRF Wanderer tyres.

The second-gen SUV looks quite a bit bigger (particularly in terms of length and width) than the outgoing car but carries forward similar styling cues. The new Thar is a ground-up effort from Mahindra, which means the company will not carry forward anything from the first-gen Thar.  The SUV now features new body panels all around, which means there fewer panel gaps are expected, along with improved door beadings that will help reduce outside noise creeping into the cabin. The new Thar will come with a factory-fitted hard top as well, as seen in the spy shots. There are talks of the model also getting removable roof panels as well, at least for the front row.

The new Thar gets a higher-set front bumper with integrated fog lamps, though it continues to get front fender-mounted turn indicators and round headlamps – however, the headlights look like standard halogen units, and not projectors. At the rear, the new Thar continues to get a side-opening rear door with a spare tyre mount. The test mule had exposed hinges on the rear door, which did look like an eyesore – we hope Mahindra conceals them in the final product. The new Thar also gets a fresh tail-light design: the new rectangular units will feature LEDs as well. The new rear bumper features additional lights, which would function as rear fog lamps or reflectors, depending on the variant.

On the inside, there’ll be a new dashboard design though some cosmetic bits like steering wheel, gear knob, seats, HVAC controls will be shared with other Mahindra models like the Scorpio and the TUV300.  From what we know, the Thar will come with a 6-speed manual gearbox initially, with an automatic variant set to join a little later. There are talks that the automatic would feature two-wheel- and four-wheel drive variants, as the former would appeal more to urban buyers. Higher variants are expected to come with a touchscreen infotainment too, something that was never before offered on the Thar.

Under the hood, the new Thar will come with Mahindra's 2.2-litre diesel engine, which will be BS6-compliant right from launch. This motor will churn out 140hp in the Thar, and will also see duty in other Mahindra products like the Scorpio and the TUV300 Plus, to name a few. There are also talks that Mahindra – for the first time since the Thar went on sale – could offer the SUV with a petrol engine. According to speculation, the petrol unit will be the same 2.2-litre engine that does duty on the XUV500.

Going by the latest government safety norms, the new Thar will come with ABS with EBD, a driver airbag (dual front airbags on higher variants), a seat belt reminder and a speed alert system, along with rear parking sensors, as standard. Higher variants will feature a rear camera as well. In addition, the new Thar will also be compliant with the crash test norms that came into effect on October 1, 2019. This all translates to the new Thar being a much safer vehicle overall, when compared to the current-generation of the off-roader.

There is no official confirmation from Mahindra about when prices will be announced but we expect the company to share details about its next-gen off-roader only next year, with a market launch expected to take place sometime in early 2020.