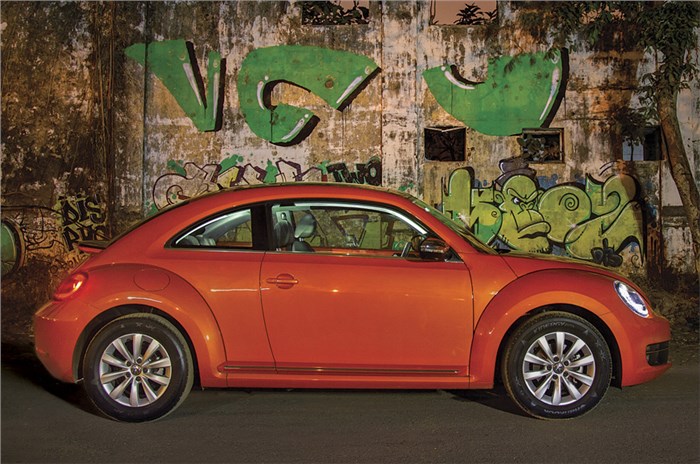 VW’s Beetle EV would be a sibling to the upcoming Microbus, previewed by the ID Buzz Concept earlier this year.

Volkswagen is currently evaluating introducing a fully-electric, rear-wheel-driven Beetle as a successor to the model that is on sale today. VW chairman, Herbert Diess has confirmed that the Beetle EV will be a part of the brand’s range of zero-emission models based on its new MEB (Modular Electric Baukasten) platform.

The Beetle EV under consideration is expected to be a sibling to the electric VW Microbus that was previewed by the ID Buzz concept that is due in 2020. However, a decision is yet to be made.

“The next decision on electric cars will be what kind of emotional concepts we need,” said Diess to our sister publication Autocar UK.

Expounding on the term “emotional concepts”, Volkswagen’s chairman says it includes models like the Microbus and Beetle, as well as open-top models such as the Kübelwagen and Buggy.

While he has said that a firm decision is yet to be made, he suggests that any direct successor to the iconic hatchback is likely to be an EV. “If we wanted to do a Beetle, electrically it would be much better than today’s model, much closer to history, because it could be rear-wheel drive,” he adds.

CW’s chairman has said that the MEB platform provides the perfect basis for emotional concepts: “We have a good chance on the electric side. You can do derivatives efficiently. We have a very flexible platform. We can do nice things: rear-wheel drive, front-wheel drive, all-wheel drive.”

The rear-wheel-drive reference came from the layout planned for Volkswagen’s first fully dedicated electric-powered model, as previewed by the ID hatchback at the 2016 Paris motor show, which debuted with a 170hp single electric motor mounted within the rear axle assembly, driving the rear wheels.

The ID hatchback concept’s rear-engine, rear-wheel-drive layout harks back to the original 1939 Beetle, which used a rear-mounted boxer engine and was rear-wheel drive. Using this layout could help with the car’s packaging providing advantages over today’s front-engined/front-wheel-drive model, including a front luggage compartment that was seen on the original.

Volkswagen re-introduced the Beetle in 1997 after the retro Concept One show car was well-received at the 1994 Detroit motor show. The first of the re-incarnated models was produced until 2010 at Volkswagen’s plant in Puebla, Mexico, when it was succeeded by the model that is currently on sale.

Diess has confirmed to Autocar UK that there are plans for the MEB platform to support up to 15 new electric-only models, five of which will be sold with the Volkswagen nameplate.