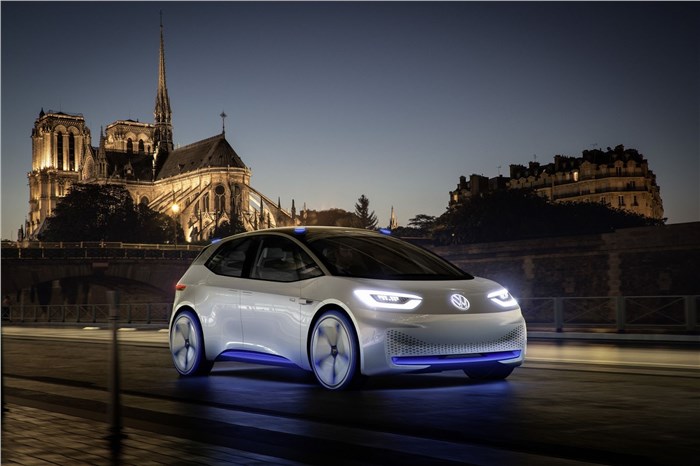 The sedan will complete a quartet of ID electric concepts, including an ID SUV, ID Buzz MPV and ID hatchback.

Volkswagen is expected to unveil a new ID electric sedan concept at the Frankfurt motor show in September. The sedan will join an ID SUV, set to be unveiled at the Shanghai show next month, alongside the already revealed ID Buzz MPV and ID hatchback.

Klaus Bischoff, Volkswagen’s design chief, has promised a “surprise” for the sedan.
The ID models preview Volkswagen’s EV ambitions, with the brand aiming to sell one million electric cars annually by 2025. The electric concepts represent ‘families’ of models, each of which will have different identities and body styles but a common theme, according to Bischoff, including what he calls “a no-grille” philosophy.

“Volkswagen was born with no grille,” he said. “With ID, we’re looking into the future but have our original identity with a closed front end.”

Bischoff added that each ID model will feature a lower air intake for battery cooling when charging, and each will be identified by its headlights and an illuminated VW badge. MPV models will have a “friendly, positive” demeanour, as previewed by the ID Buzz concept, while the upcoming SUV will be “non-aggressive but self-confident”.