‘Our race to road story is coming together’: Mahindra Racing

What is Mahindra learning about EVs from its Formula E experience? We catch up with Mahindra Racing’s Team Principal Dilbagh Gill for some insight. 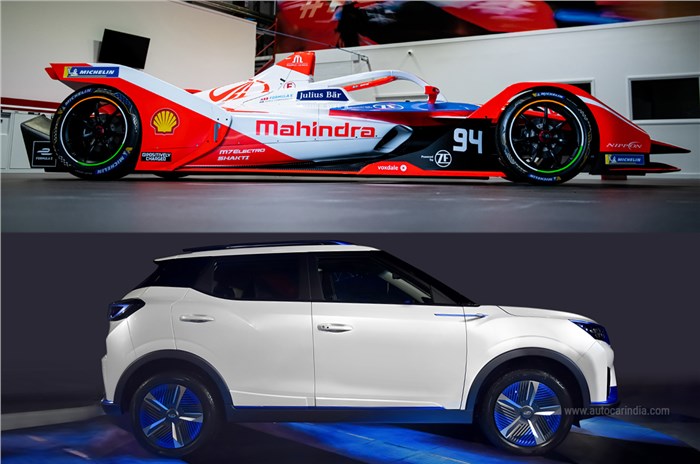 Motorsports have often served as a test bed for cutting-edge technology that ultimately finds its way to the road. And given its extensive experience at Formula E, Mahindra seems to be on a similar path. Talking about the synergy with other passenger vehicle (PV) units of Mahindra, Dilbagh Gill, CEO and Team Principal, Mahindra Racing, told Autocar India in a recent interview, “Our race to road story is coming together.”

“We [at Mahindra Racing] have started interacting with all of Mahindra’s electric properties,” commented Gill. He mentioned that the racing outfit is already working with R Velusamy, chief of Global Product Development (Automotive), Mahindra and Mahindra, at the Mahindra Research Valley in Chennai.

“And now, there have been some changes at Mahindra Electric,” added Gill. While Mahindra Electric was earlier a separate entity, Mahindra’s Board of Directors passed a resolution in March this year to bring it within the structure of the company. “So you will see a lot more changes happening there, and I’m really excited about the Born Electric projects that are also starting up,” said Gill. Mahindra Racing, then, seems poised to provide inputs to M&M’s ‘Born Electric’ project that is set to spawn a range of models developed from the ground up with electrification in mind.

The programme will be spearheaded by Dr Uli Stuhec, a Ford veteran who recently joined the company as the VP and Head of Global Born Electric Platform, and is a part of the Mahindra North American Technical Centre in Detroit, USA. “So yes, I think the pieces are coming together,” stated Gill. As per the automaker’s official statement, two of its ‘Born Electric’ SUVs will debut by 2025-2026.

Additionally, the Mahindra Racing team has moved to a new facility in the UK, which could further spur synergies. “As we go from race to road, I think the most exciting part is that inside this campus, there are two buildings. The second building will be occupied by Pratap Bose and Mahindra Advanced Design Europe (M.A.D.E). So, we have our race building and electric car (design) development centre in the same complex,” Gill said.

Speaking about the specific areas where the racing division is assisting Mahindra, the Team Principal said, “The first area, where we can really help, is composites. We understand our composites better now. Even in regular production, Mahindra is starting to increasingly look at composites.” An instance of the automaker’s contemporary approach is the Mahindra XUV700, whose tailgate is made of a composite material, instead of pressed steel.

“The second part is that we are working on the safety of high voltage. Traditionally, Mahindra worked with low voltage, but as you move up the voltage systems, the safety standards change,” commented Gill.

For reference, Formula E race cars are built on an 800-1,000V system, while Mahindra Electric’s legacy products like the eVerito sedan used a 72V architecture. The company is, however, gearing up to move to a 300V+ architecture with its upcoming products like the eXUV300. “So, we help work on the safety systems there,” said Gill.

Efficiency, and, in turn, driving range, is the name of the game when it comes to EVs. And this is another aspect which Mahindra Racing feels it could significantly contribute to. The team, along with its partner ZF, has learnt from its experience on the track that software can help eke out more range from every last volt. Elaborating further, Gill stated, “I think the biggest area is software because this is something which can be the difference between a low performance, or commute, car versus a high performance car. Software can help it become more efficient.”

The racetrack has also taught Mahindra that the driving style can have a significant effect on range – knowledge which the racing boss would like to be passed on to people driving Mahindra’s passenger and commercial EVs.

“We need to teach the driver to drive more efficiently because driving has changed a lot. We started with three pedals (accelerator-brake-clutch in combustion-engined cars), it became two pedals (with automatic transmissions) and now with electric cars, it’s come down to one pedal (considering regenerative braking). So, how to work with one foot and keep that the most efficient, needs to be taught,” said Gill. He added, “It’s a totally different mindset of lift and coast.”