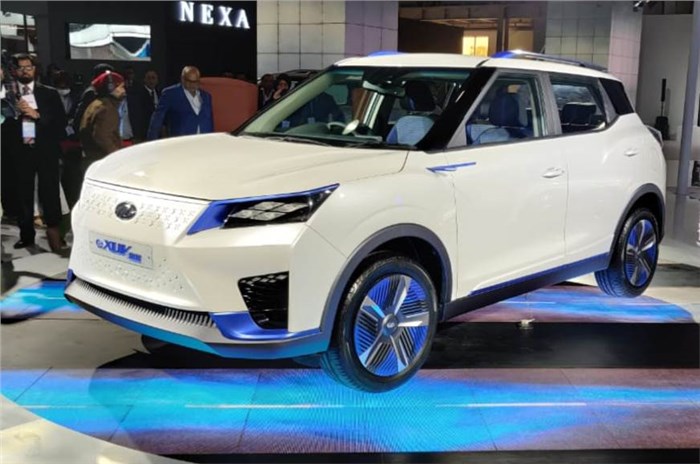 Mahindra plans to launch their eXUV300, the electric iteration of the fossil fuel-powered SUV with the same name, in 2023. Electric Vehicles (EVs) have been the talk of the town in the recent past with a slew of launches from Tata, Ola and Simple Energy, to name a few. Mahindra, however, feels that the market is not yet ready for EVs.They are also optimistic that their plan to launch electric cars two years down the line,with a strong portfolio to back it, will prove advantageous.

If we rewind a decade, Mahindra was still selling the e20, an iteration of the aging Reva, and had the first mover advantage. But that benefit was lost when they didn’t launch newer products and paved the way for Tata, Hyundai and MG to gain lost ground.

In an exclusive chat with Autocar India, Rajesh Jejurikar, Executive Director, Auto and Farm Sectors, Mahindra Group, felt all was not lost and said, “We do not see the EV space heating up as it does not reflect in numbers. We think EVs in the personal space will take two-three years to pick up. It is going to be large in the commercial space and we have our three-wheelers and small four-wheelers’ portfolio for that.” He also feels that the category is not yet ready for evolution and is a small segment for SUVs.

He adds, “The XUV300 will be the first SUV to undergo the EV transformation with a launch slated in 2023. We will launch a slew of models after that and are also looking to explore the potential of new designs with EVs.”

Mahindra had also emphasised last year that the eKUV100, which was slated for a mid-2020 launch, will be geared more towards the fleet segment. As such, the company believes that its planned range of 130-150km will suffice for its intended role and that the electric hatch can be used for shared mobility by being charged when it’s not in use during the day to top-up the batteries. Former Mahindra and Mahindra managing director, Dr Pawan Goenka, and other key officials had opined that appealing to a private buyer would require a significantly higher range. This could be achieved only by upping the battery size which, in turn, would drive up costs and result in the vehicle being priced out of the segment.

Earlier this month, Maruti Suzuki, another homegrown manufacturer, also revealed that it does not have plans to enter the EV space for now, with its main focus being CNG vehicles. They are also of the opinion that the current market penetration of EVs isnot enough to justify the launch of electric cars.

Jejurikar however, does not downplay the EV market and said, “We do not have any EV SUVs at the moment and plan to be ready with our portfolio in two-three years. Some will be ICE-derived models while others will be born-electric products. Our strategy is to focus on making us future ready. So, when we are out there, we should be there with the latest products, latest technology and wow customers with something which will augment our brand value.”

When asked if he has any qualms about being a second mover, he said, “I don’t think so. In this case I think that there is a right time to enter the market with the right offering. In any technological product that you see, first mover advantage is of very little relevance.”

Electric cars and SUVs currently on sale in India

Many car manufacturers have already jumped on to the EV bandwagon in various segments of the market. The budget end of the market houses theTata Nexon and Tigor EV, with Hyundai’s Kona and MG’s ZS EVfollowing up in the mid-range.At the luxury end Mercedes-Benz had the first mover advantage with the launch of the EQC followed bythe Audi e-tron Sportback and SUV and the recently announced e-tron GT. Jaguar also brought in its I-Pace SUV.

American carmaker Tesla has also announced its entry into the Indian market and even registered their office in Bengaluru. With all these cars already launched or headed to the Indian market in the near future, here’s hoping Mahindra follows suit soon.