The firm has also named three directors as part of its team in the country. 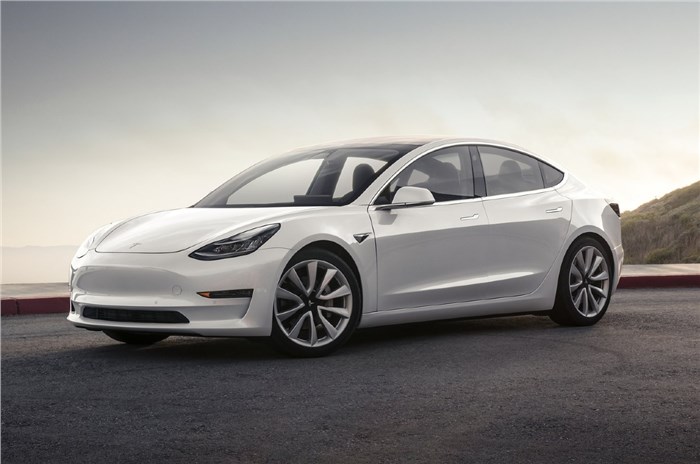 American electric vehicle maker Tesla, which has been instrumental in taking EVs mainstream in international markets, has made its first move in the Indian market by registering its office in Bengaluru, Karnataka.

In an RoC (Registration of Company) document accessed by our sister publication Autocar Professional, Tesla has registered its office in Bengaluru. The company, registered as Tesla Motors India & Energy Pvt Ltd, has named three directors as part of its team in the country – Vaibhav Taneja, Venkatrangam Sreeram and David Jon Feinstein.

The company is registered with an authorised capital of Rs 15 lakh and paid-up capital of Rs 1 lakh. This announcement officially marks Tesla’s India entry in the state of Karnataka. It would be interesting to see if the company would setup its manufacturing base in Karnataka, or will continue to keep up the suspense and be wooed away by some other state.

What has started as a long wait for Indian consumers who had first eyed, and then booked, a Tesla in 2016 are expected to get their deliveries starting this year. As reported earlier, the Road Transport Minister Nitin Gadkari had confirmed that Tesla will begin deliveries in 2021.

Welcoming the announcement, the chief minister of Karnataka, B S Yediyurappa tweeted the following. “Karnataka will lead India's journey towards Green Mobility. Electric Vehicle Manufacturer Tesla will soon start its operations in India with an R&D unit in Bengaluru. I welcome @elonmusk to India & Karnataka and wish him all the very best. @PMOIndia @nitin_gadkari @Tesla”. He later deleted the tweet.

Tesla’s decision to setup an office in Bangalore comes as a shot in the arm for the state of Karnataka, which is already home to Mahindra Electric and Ather Energy, two of the EV industry’s dynamic manufacturers. As is known, a number of states in India have unveiled EV-friendly policies including Delhi, Maharashtra, Andhra Pradesh, Tamil Nadu, Telangana, Chandigarh and Kerala.