Leaked image shows BMW’s new split headlight design, which we will also see on the upcoming 7 Series and other models. 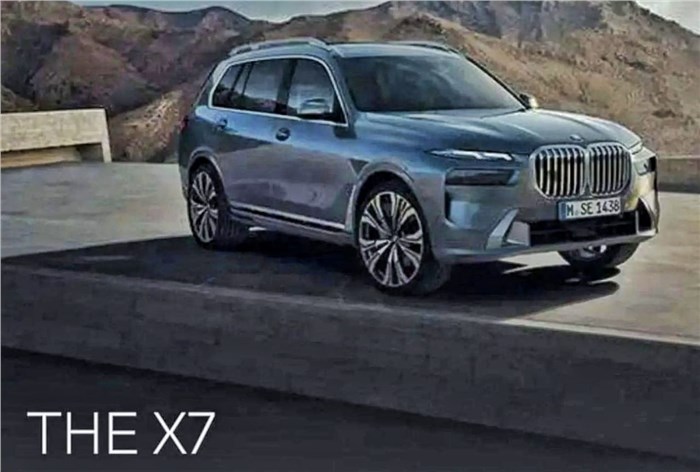 BMW is preparing a facelift of its biggest SUV, and after over a year of testing, an image of the facelifted X7 has surfaced. The image was first uploaded on Wilco Blok’s Instagram page. There was no context given for the image, except the mention that the new X7 has leaked.

The image reveals BMW’s split headlamp design, which we will also see on the upcoming BMW 7 Series, i7 electric sedan, and may be in other future models too. Apart from it, the front bumper is revised featuring triangular-shaped vents for the intake. There seems to be no change to the side profile of the SUV, but one can expect additional chrome embellishments and a new set of alloys. There is no image showing the rear of the new X7. It is unlikely that BMW will make comprehensive changes to the X7’s interior, and we do not expect major changes to the powertrain either.

The updated model is expected to make a global debut in the coming months.

BMW recently launched the facelifted X4 in the Indian market.