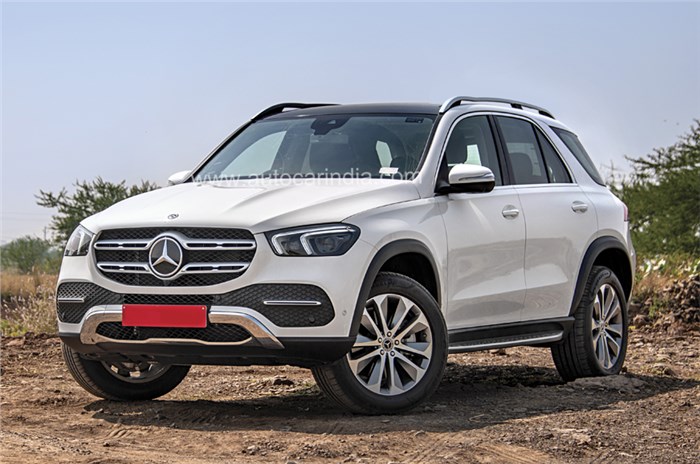 New GLE to be available with three engine options – four- and six-cylinder diesels, and a six-cylinder, mild-hybrid petrol.

Mercedes-Benz is set to launch the all-new GLE in India on January 29, just days before the 2020 Auto Expo. Compared to its predecessor, the GLE is larger in size, built on a longer wheelbase and is more upmarket as well.

The new GLE will get the option of two diesels and one petrol engine. Entry model for the range will be the GLE 300d that’s powered by a 256hp/500Nm, 2.0-litre, four-cylinder, BS6-compliant diesel engine. Buyers will also have the option of a larger and more powerful 3.0-litre, six-cylinder diesel unit, producing 330hp and 700Nm of torque, under the hood of the GLE 400d. The petrol model, the GLE 450, will be powered by a 367hp/500Nm, 3.0-litre six-cylinder turbo-petrol engine paired with a mild-hybrid system that’s capable of delivering a 22hp boost during acceleration.

The GLE will offer plenty of kit even in its base spec. Expect standard equipment to include four-zone climate control, LED headlamps, panoramic sunroof, dual 12.3-inch displays for the infotainment and instrumentation, hands-free parking, electric adjust front seats and a powered tailgate, to name a few. The more expensive six-cylinder variants will additionally get tech such as a six-way adjustable powered rear seat, 360 degree camera and adaptive air suspension.

Expect prices to start in the region of Rs 75 lakh (ex-showroom) for the new GLE. The SUV will rival the Audi Q7 and the BMW X5 when it goes on sale. We have driven the GLE 300d late last year and you can read our review here.

Alongside the new GLE’s launch, Mercedes is also expected to announce the opening of bookings for the new GLS around the same time; before its launch later this year. The carmaker has also revealed its line-up for the 2020 Auto Expo next month. The carmaker will launch the AMG GT 4-Door Coupe at the Expo along with debuting the all-new A-class sedan and second-gen GLA in India. The German brand has also confirmed the India launch of its all-electric EQC SUV for April this year.