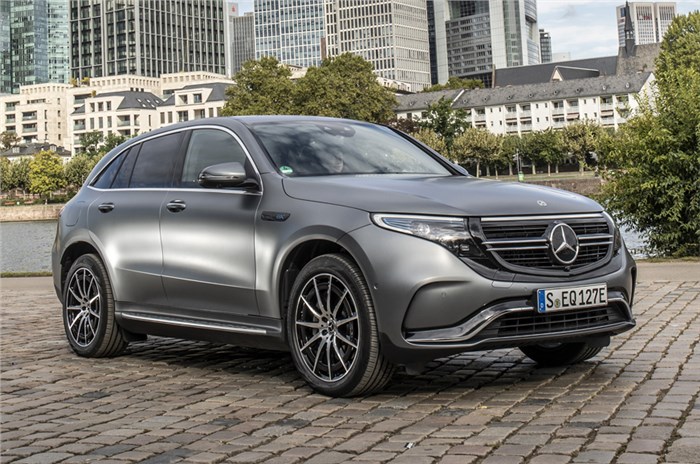 Mercedes-Benz India has confirmed that it will bring its all-electric sub-brand, the EQ to our market this year, with the introduction of the EQC SUV in April. The all-electric SUV, which was unveiled back in 2018 as the brand’s first series production EV will rival the  Audi e-tron and Jaguar I-Pace in India. To mark the announcement, Mercedes unveiled the EQC 'Edition 1886' at its plant in Chakan, Pune.

With the Mercedes-Benz EQC to be brought in as a CBU, it is expected to be mechanically identical to the global model. Two electric motors – one at the front and one at the rear, which enables four-wheel-drive – work in conjunction to deliver a total of 407hp and 765Nm of torque. Power is derived from an 80kWh lithium-ion battery pack that has a claimed range of 400km on the WLTP cycle.

In terms of design, the EQC retains a number of cues from the 2016 Generation EQ concept that previewed the all-electric SUV – it isn’t ground-breaking but buyers won’t be put off by it either. Climb into the cabin and there’s no denying it’s a Mercedes, with a lot of common bits like the switchgear and dual-screen display for the infotainment system and instrument cluster.

Expect prices for the Mercedes EQC to be in the Rs 1.5 crore region (ex-showroom). Click here to read our review of the Mercedes-Benz EQC.

Besides confirming the introduction of the EQ brand, Mercedes-Benz India is also working towards strengthening its green credentials under its ‘Sustainable Luxury’ philosophy. By the end of 2020, the carmaker plans to have 45 percent of its electricity requirements to come from renewable resources. The company will install 4,000 solar panels at its manufacturing facility, and with this, it is expected to produce around 1.6 MW and reduce CO2 emissions by 2,600 tonnes per annum.