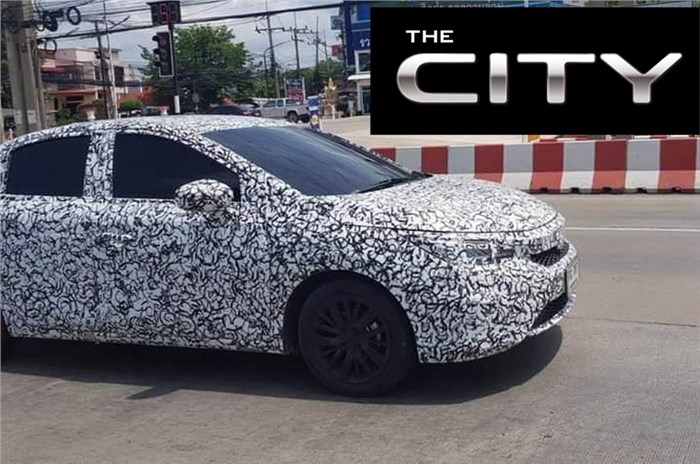 Honda will take the covers off the fifth-gen City sedan on November 25, 2019. The new City will be unveiled globally in Thailand first just ahead of the Bangkok motor show 2019. The new Honda sedan has been spotted being road tested multiple times in India and internationally. While the model will go on sale in Thailand first, the India launch for the next-gen Honda City is expected to take place next year only.

We can also confirm today that the new City will also get a turbo-petrol engine. This new four-cylinder mill will be a 1.0-litre unit specifically for markets like Thailand, due to the stringent Eco Car rules in that country that offer tax benefits for cars falling in a specific category.

The new City’s 1.0-litre turbo-petrol engine will feature a Borg Warner turbocharger and will deliver around 120hp. This engine is expected to be paired to a 6-speed manual and a CVT automatic gearbox as well. Additionally, a 1.5-litre petrol mill coupled with Honda's new compact e:HEV mild-hybrid system (a compact variation of the brand’s i-MMD tech), which made its debut on the all-new Jazz, will be available on the City as well. Honda will offer this engine with a CVT gearbox, though a 6-speed manual is also a possibility.

The third engine option for the Honda City – primarily for the Indian market – will be the brand’s 1.5-litre diesel powerplant that is available on the current-gen City, among other Honda India models like the Amaze, Jazz and WR-V. The Japanese carmaker will upgrade this engine, which delivers 100hp and 200Nm of torque in BS4 form, to comply with BS6 norms and up its refinement levels, according to sources. The fifth-gen City diesel will be available with a 6-speed manual gearbox as well as (and for the first time) a CVT automatic, as reported by us earlier.

As far as the interiors go, we can confirm that the new City will have better quality materials on the inside. It is expected to share the same dashboard design as the recently revealed all-new Honda Jazz replete with a larger touchscreen infotainment system on higher variants. The digital instrument cluster is expected to feature as well.

In terms of its design, the new City will get Honda's latest styling characteristics and will look sportier than its predecessor. Expect large wraparound LED headlights and tail-lights along with a thick, chrome bar up front, similar to the Civic sedan and the CR-V SUV.

Like the current Honda City, the new model will take on the likes of the heavily updated Hyundai Verna, the Maruti Suzuki Ciaz, Toyota Yaris, Volkswagen Vento and Skoda Rapid in the Indian market.

Closer to home, Honda is currently in the process of upgrading the fourth-gen City sedan to comply with BS6 norms – the BS6-compliant Honda City petrol variant is expect to hit the showrooms in the coming days. 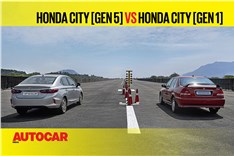