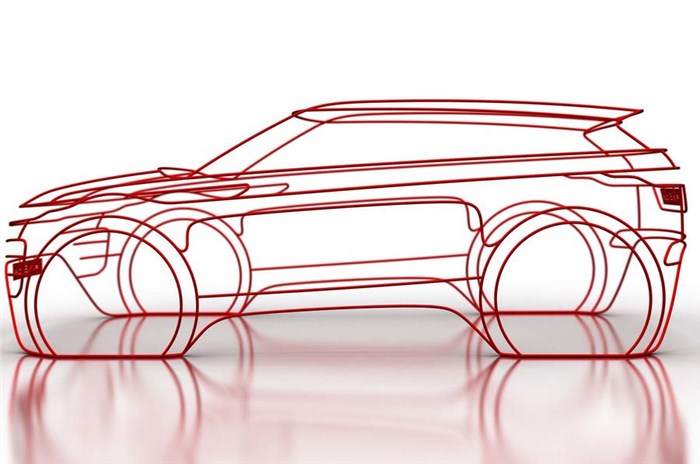 New Range Rover Evoque to be unveiled on November 22; to get new exterior styling, revised interiors as well as updated Ingenium engines.

Land Rover has published images of the 2019 Range Rover Evoque, teasing its styling ahead of its international launch on November 22, 2018. The current-gen Evoque, on sale in India and in international markets, helped Land Rover become a larger and more successful company. The SUV has consistently posted annual sales figures north of 1,00,000 since its launch. The all-new Evoque will have to, at the very least, maintain these figures if not improve on them.

The second-gen Evoque will be based on a heavily modified version of the current car’s D8 architecture. Land Rover is hoping that the updated design, which follows the Range Rover family’s traits, will ensure the same success as the Mk1 Evoque. The new Evoque is going to carry similar styling to the Velar, yet have some elements brought over from the first-gen model. The new car will also improve on comfort and refinement, as well as receive premium equipment like new touchscreens and pop-out door handles from the Velar.

Under the hood, the new Evoque will be powered by Land Rover’s 2.0-litre, four-cylinder turbo-diesel and petrol engines from the brand’s Ingenium family. The diesel engines will have power outputs ranging from 148hp to 237hp while the petrol will have output between 237hp and 296hp. These engines will have improved fuel economy as well as improved CO2 emissions. A hybrid engine will be added to the lineup later on. All the engines will be mated to a 9-speed ZF gearbox. The new Evoque is speculated to retain the same dimensions as its predecessor.

Once the new Range Rover Evoque is launched in India, it will compete with the likes of the Mercedes GLC, Audi Q5 and Volvo XC60.