Sporty variant of the premium hatchback to be updated soon; likely to remain mechanically unchanged. 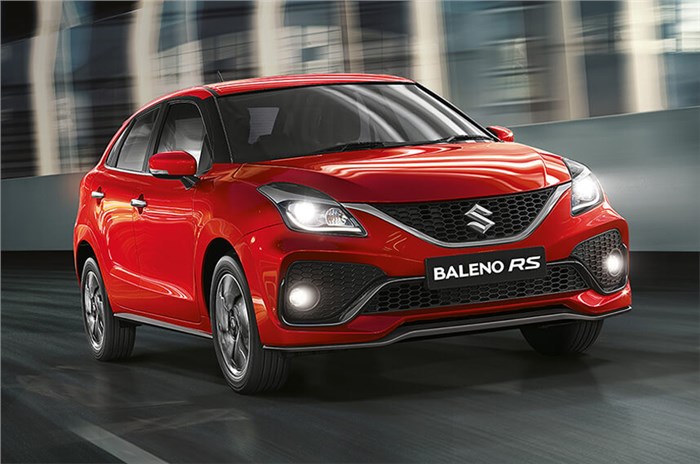 Following the launch of the new Wagon R and the Baleno facelift, Maruti Suzuki’s next launch for 2019 is expected to be an update for the performance-focused Baleno RS hatchback. The manufacturer has an image of the upcoming hatchback’s facelift on its premium Nexa retail outlet’s website.

Following in the footsteps of the refreshed Baleno, the RS will receive a revised front-end with a new bumper, new fog lamp housings and a large airdam. The image shows there’s a new design for the alloy wheels too. Inside, the refreshed Baleno RS is likely to feature a new interior colour scheme, along with Maruti’s new SmartPlay infotainment system, which debuted in the new Wagon R.

Mechanically, the Baleno RS is likely to be unchanged. Under the hood, is a 1.0-litre three-cylinder turbo-petrol engine that produces 102hp and 150Nm of torque. It comes mated to a slick 5-speed manual gearbox only.

Like the current model, the new Baleno RS is expected to be sold in one fully-loaded variant from Maruti Suzuki’s Nexa dealerships. The RS’ blend of brisk performance and practicality is one of the main reasons it features in our list of most fun-to-drive small cars under Rs 10 lakh too. It is one of the few affordable performance cars in our market and competes against the Fiat Abarth Punto, Volkswagen Polo GT TSI and the Tata Tiago JTP.