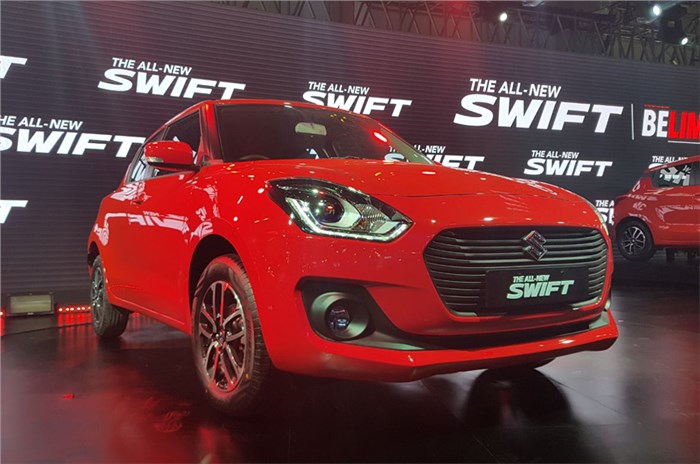 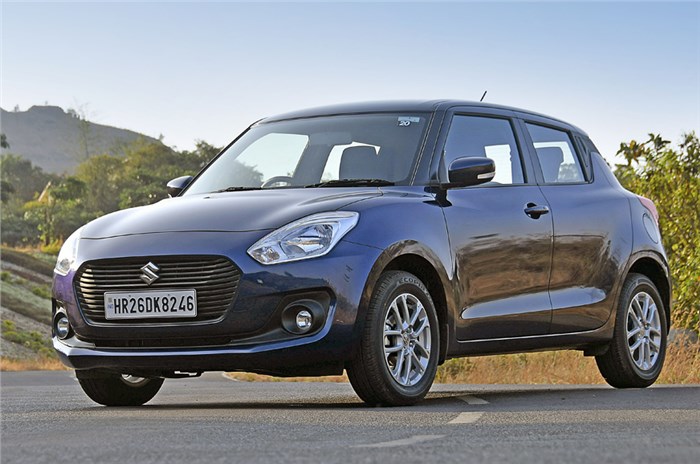 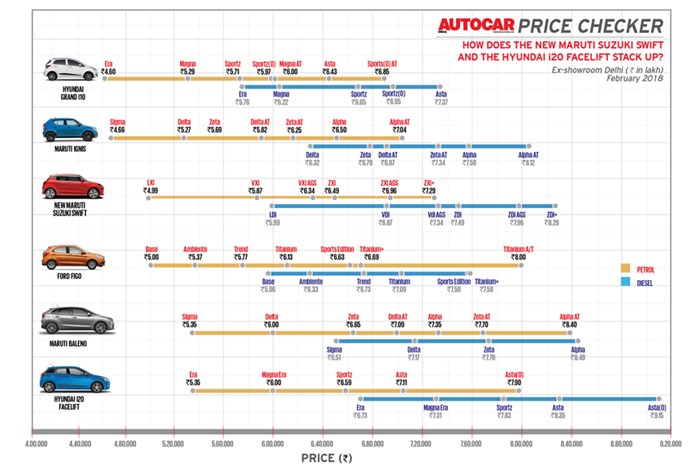 Third-gen Swift to be sold in 12 trims; petrol and diesel engines continue but AMT is new on both.

Maruti Suzuki has launched the third-generation of its popular hatchback, the Swift, at the Auto Expo 2018, with prices starting at Rs 4.99 lakh for the base variant and going up to Rs 8.29 lakh for the top-spec trim (ex-showroom, Delhi); it comes in a total of 12 trims. For the first time, the Swift has been launched with an automatic option on both petrol and diesel engine option, giving it an edge over its competition that do not have a diesel-automatic in their line-ups.

The design of the third-gen hatchback is only an evolutionary shift when compared to the previous models and is still identifiable as a Swift. However, it is underpinned by the new Heartect platform, incidentally shared with the Dzire and Baleno, which makes the new Swift lighter (by about 40kg) and larger (40mm wider, 20mm longer wheelbase and 24mm more headroom) than its predecessor. Boot space has also increased by 58 litres to 265 litres.

The previous-gen model’s engines have been carried over in an unchanged state and the 1.2-litre petrol still makes 83hp and 113Nm of torque, while the 1.3-litre Fiat-sourced diesel makes 75hp and 190Nm of twisting force. While the five-speed manual transmission is standard, the five-speed automated manual transmission (AMT) is available as an option for both motors. Despite the lack of significant differences in the engine, claimed fuel efficiency and performance figures have risen, thanks to the lighter body.

On the inside, the third-gen Swift gets an all-black theme and a new instrument cluster with twin, hooded binnacles for the speedo and tacho (on VXi/VDi trims upwards) and red-ringed highlights, though the hatchback shares the Dzire’s central multi-info display. The top-spec ZXi/ZDi variants are specced with LED projector headlamps and daytime running lamps, a reverse parking camera and a 7.0-inch Smartplay touchscreen infotainment system with Apple CarPlay and Android Auto compatibility. Even the base LXi/LDi trims come with safety features like dual front airbags, ABS with EBD and brake assist, and Isofix child seat mounts.