Our long-termer took on every job with gusto and looked good doing so. 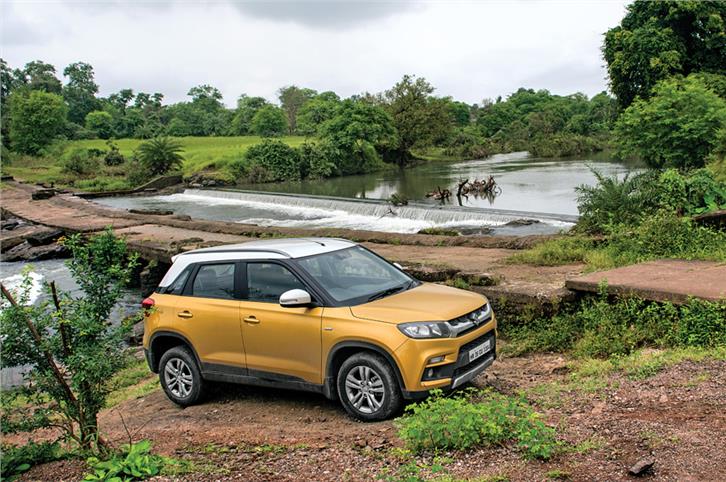 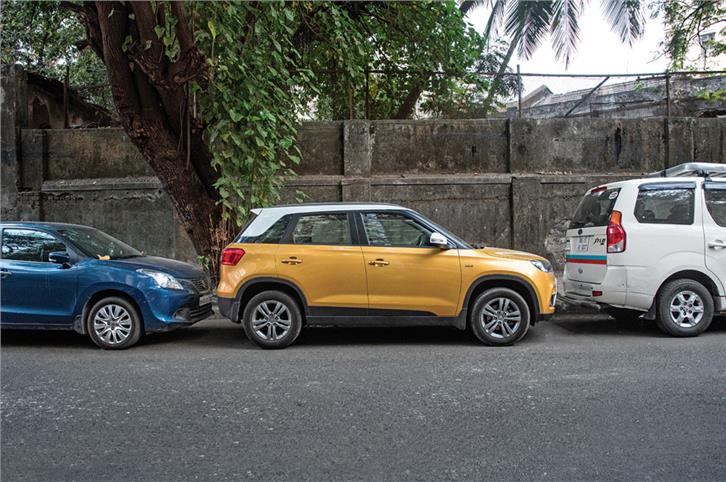 Parking in tight spots is pretty easy. You have the compact dimensions and rear camera to thank for that. 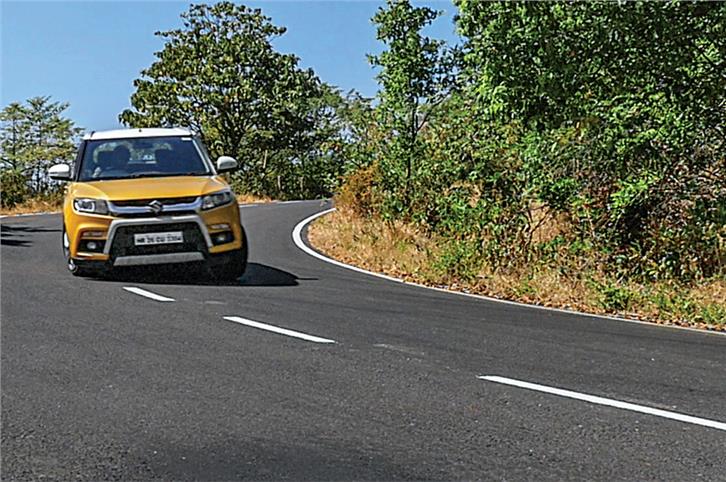 Unlikely as it may seem, this SUV was quite adept at demonstrating understeer... 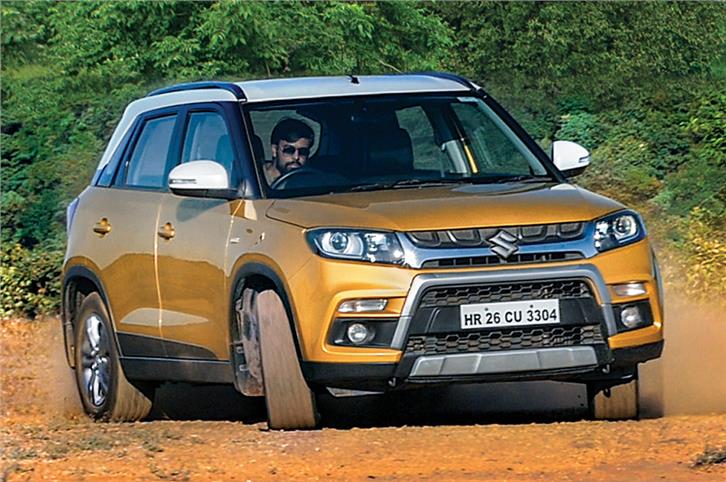 . . and (parking brake induced) oversteer too!

The eye-catching mustard yellow and white Vitara Brezza entered our fleet in 2016, and since then it has been called to duty for a variety of roles. Gavin needed a city runabout; Shapur wanted a car with good ground clearance for a weekend trip to the mountains; I was on soccer duty, ferrying my son and his teammates about 200km out of town; and Rahul used it for our ‘Art of Driving’ series (check it out on YouTube). Thing is, the Brezza may be an SUV, but its handling is very secure even at high speeds, and it’s even been pushed like a rally car through corners.

I’ve done no such antics with the Brezza, but it’s still been very entertaining. To begin with, I think this is quite a handsome car and I’m a sucker for brighter shades. One of the kids riding along with us thought it was a small Land Rover – the boxy shape and attention-grabbing paint scheme no doubt giving him this impression. Looks aside, the Brezza’s sub-four-metre length made it easy to manoeuvre during rush-hour madness and slot into tight parking spots. Also, the high seating gives you a nice view of your surroundings.

The ubiquitous Fiat-sourced 1.3-litre diesel didn’t cause much of a dent in my wallet. On my highway run, the Brezza returned 16.69kpl, and with all the different drivers who used it, we averaged 14.01kpl – pretty respectable given the number of heavy-footed drivers who’ve used it. The engine’s turbo lag, however, did annoy me. If you have to potter around town, you’ve got to try and keep it above 2,000rpm, below that the engine is sluggish. Out on the highway, though, it is quite happy. The strong mid-range made overtaking safe and easy. I was quite impressed with the stability and the way in which body roll in twisty bits was controlled thanks to the stiff suspension.

The stiff setup, however, does contribute to a somewhat lumpy ride over broken surfaces, and this brings me to another problem. The parcel tray has a handy little trick with its dual-side opening that can be flipped up from either the boot or passenger side for easy access to the boot. Trouble is, the latching mechanism is rather crude and it easily pops out, causing the tray to rattle on uneven surfaces. The only way to fix it is to jam some paper in the slot to hold it in place.

Like the parcel tray, the build quality of the Brezza is far from solid, and 35,000km into its life, the car developed quite a few rattles around the cabin. Granted our Brezza has been through a rigorous routine, but then so have many other cars in our fleet. The door pads have always had a slight clatter, but after we upgraded our music system using Maruti’s i-Create customisation programme, they now creak even when you’re listening to music at a high volume; bass lovers be warned. Another annoying bit is the headlight vibration. At idle, the lights vibrate along with the engine and it’s quite discernible thanks to the sharp and well-defined outline of the projector beam. We have noticed this on a few other brands too, but it is a lot more pronounced on this car.

The Brezza was our 2017 Car of the Year, and during its time with us, proved again that the title was well deserved. The car has a lot of space, is well kitted out, has a proven, reliable and efficient engine, handles well, is sensibly priced, and is quite the looker too. Just make sure you go for the dual-tone paint; it’ll give your Brezza that extra pop.

Honda WR-V vs Hyundai i20 Active vs Maruti Vitara Brezza