The updated XPulse 200T gets visual tweaks to differentiate it from the current model. 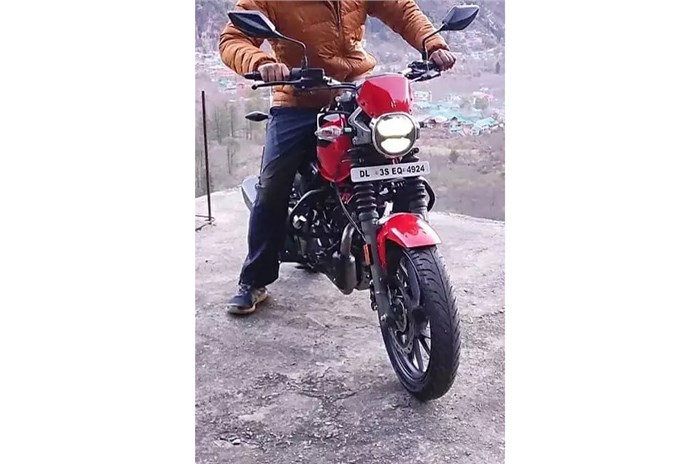 Hero appears to be gearing up to launch the updated Xpulse 200T, which sports a slightly different appearance to the current model. The 200T is essentially a more road-friendly version of the regular Xpulse 200 that’s powered by the same engine but rolls on 17-inch alloy wheels. But while the regular Xpulse received a four-valve motor late last year, we haven't yet seen an updated Xpulse 200T with this new engine. That could be what we're looking at in this picture.

As seen in the spy photo, the engine cylinder head is finished in red, just like on the recently launched Xpulse 200 4V Rally Edition. This supports the theory that the Xpulse 200T might finally receive the more potent mill from its sibling. The 4V engine makes 19.1hp at 8,500rpm and 17.35Nm or torque at 6,500rpm, compared to the current 200T's figures of 18.1hp and 16.15Nm.

The more apparent changes on this updated version are the visual tweaks. These include the addition of a small cowl above the headlight, which itself appears to be placed slightly lower than before, along with fork gaiters.