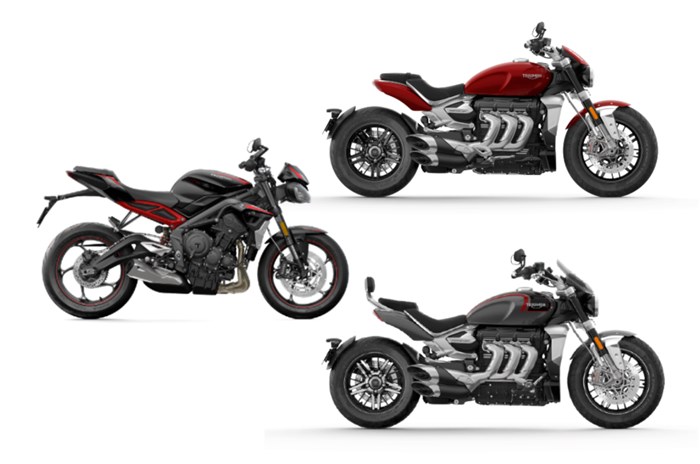 The price for Triumph’s middleweight naked motorcycle, the Street Triple R, has gone up by Rs 31,000.

Triumph has increased prices of its Street Triple R, Rocket 3 R and Rocket 3 GT in India

At this price, it is Rs 81,000 more expensive than its rival the Kawasaki Z900. However, it still costs quite a bit less than the BMW F 900 R (Rs 10.8 lakh). You can read our comparison of the three motorcycles here.

The Rocket models, meanwhile, have witnessed a much bigger price hike. The sportier R version now costs Rs 19.35 lakh, which is an increase of Rs 85,000. The touring-oriented GT variant, on the other hand, now costs Rs 1.05 lakh more, taking the price tag to Rs 19.95 lakh.

The British motorcycle company also unveiled limited-edition Black versions of both, the R and the GT. Triumph has just 1,000 units of each Black edition and they are priced at Rs 20.35 lakh (Rocket 3 R Black) and Rs 20.95 lakh (Rocket 3 GT Black).