The urban-centric Thunderbird 500X cruiser gets dual-channel ABS; is now the most expensive, single-cylinder Royal Enfield bike on sale in India. 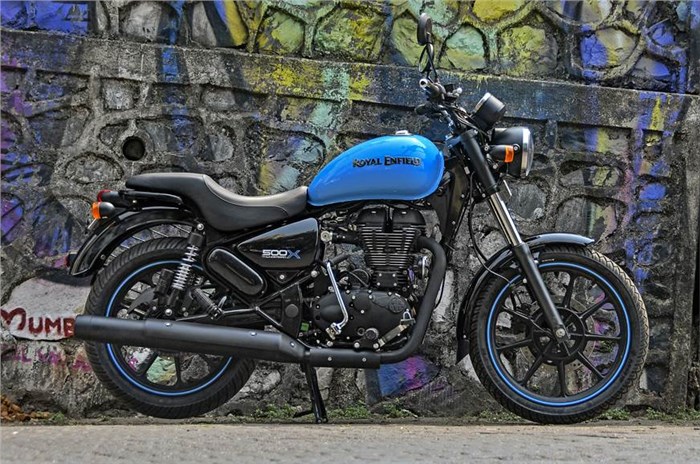 Apart from the addition of ABS, the bike remains unchanged; it still gets the 499cc, air-cooled, single-cylinder engine producing 27.2hp at 5,250rpm and a maximum torque of 41.3Nm at 4,000rpm. The 500X differentiates itself from the standard Thunderbird with a few stylistic changes – the most prominent being the bright colour schemes, a flatter handlebar, colour-co-ordinated wheel stripes and the nine-spoke alloy wheels with tubeless tyres.

As of now, the non-ABS variant of the 500X is still available at showrooms but is likely to be discontinued in light of the mandatory ABS regulation that comes into effect from April 1, 2019. Royal Enfield intends to equip all of its bikes with ABS, possibly by the end of the year. Other models that have already received this safety tech are the Classic Signals 350, the Himalayan, the Classic 500 and the Thunderbird 350X.