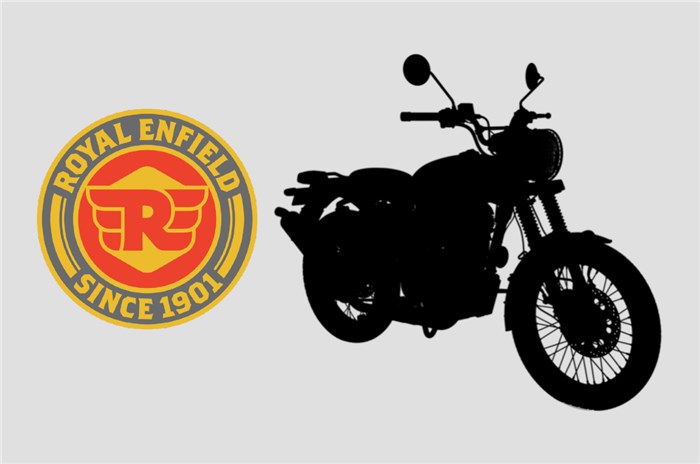 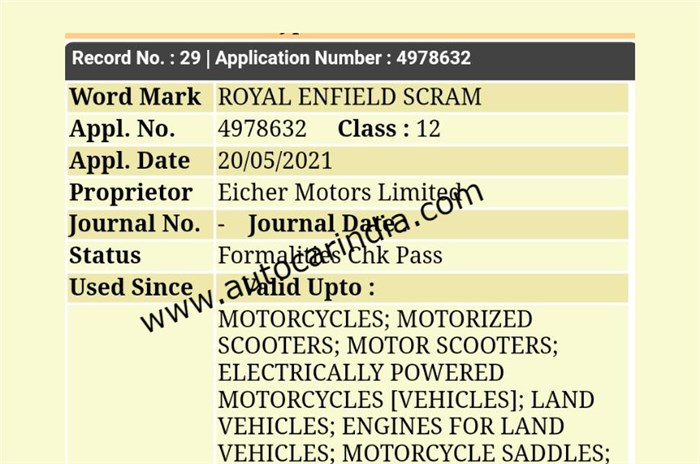 Could this be the answer to all those asking for a 650cc Himalayan? Or will it be another J-platform model?

Royal Enfield's 650cc platform seems like it'll support quite a few models in its lifetime, but a Himalayan on this platform was looking unlikely, as an off-road oriented machine has never been on the cards- until now. The brand has just trademarked the name "Scram", hinting at the possibility of a 650cc scrambler.

While all we have at the moment is a name, it's one that definitely hints towards an off-road focused machine. Royal Enfield is currently investing, rather heavily, in two platforms- the 350cc J-platform and the 650cc twins. So, the upcoming Scrambler will most likely be based on either of these two. That being said, the erstwhile single-cylinder Bullet Trials models got a rather tepid reaction while they were around, so a 650cc twin-cylinder scrambler certainly seems like the more probable scenario.

Royal Enfield's 650cc lineup is rather 'inspired' by Triumph, to say the least, and a twin-cylinder scrambler would make RE's model range resemble that of the iconic British manufacturer's even more closely. There's no lack of demand either, you'll find someone hoping for a 650cc Himalayan on every street corner. While any RE scrambler probably won't be as hardcore an off-roader as the Himalayan, it'll certainly have more go-anywhere capability than something like the Interceptor 650.

So, while all signs point towards a 650cc scrambler being in the works, RE has been known to throw us curve balls in the past, so don't rule out the possibility of a 350cc J-platform scrambler either. Whatever the brand throws up, you can be sure that interesting times lie ahead.