Only 250 units of the Royal Enfield Classic 500 Pegasus will go on sale in India. 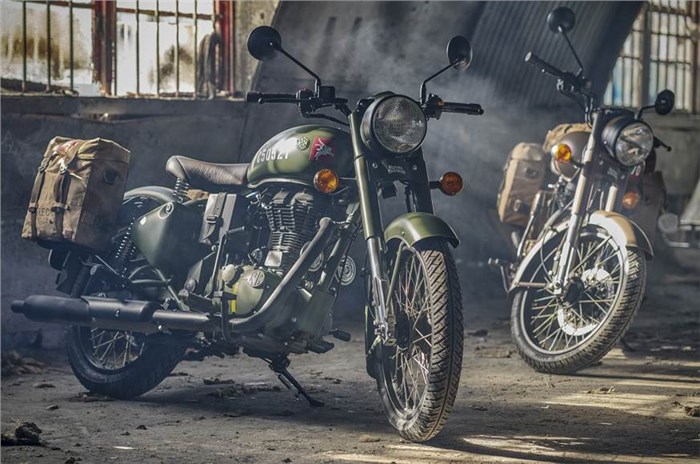 Royal Enfield will launch the new Classic 500 Pegasus in India on May 30, 2018. A limited-edition model with 250 units (1,000 units globally) set aside for the market, the Classic 500 Pegasus is expected to cost around Rs 2 lakh (ex-showroom). Once launched, however, prospective buyers won't be able to purchase it at any of the authorised dealerships in India. It will be exclusively sold online, in a similar manner as the RE Himalayan Sleet.

The Royal Enfield Classic 500 Pegasus was unveiled in the UK earlier this week and is inspired by the Royal Enfield RE/WD 125 (Flying Flea), which was used by British paratroopers during World War II. The Flying Flea was a popular motorcycle among soldiers owing to its 59kg (wet weight) that allowed them to lift the motorcycle over trenches and fences.

Internationally, the new motorcycle is available in two shades – Olive Drab Green and Service Brown. In India, however, it's only the brown shade that'll be on sale as the olive green shade will be reserved for the Armed forces.

To distinguish the limited edition from the standard bike, the motorcycle gets a Pegasus logo on the fuel tank and the canvas panniers. Other additions include leather strap with brass buckles, and brown handlebar grips, and a tank badge similar to the one used on the Flying Flea. Also, a unique serial number will be stencilled on the tank. Adding to the retro theme are the blacked-out elements like the exhaust muffler, engine, rims, handlebar and headlight bezel. Cycle parts and powertrain remain identical to the standard Classic 500.