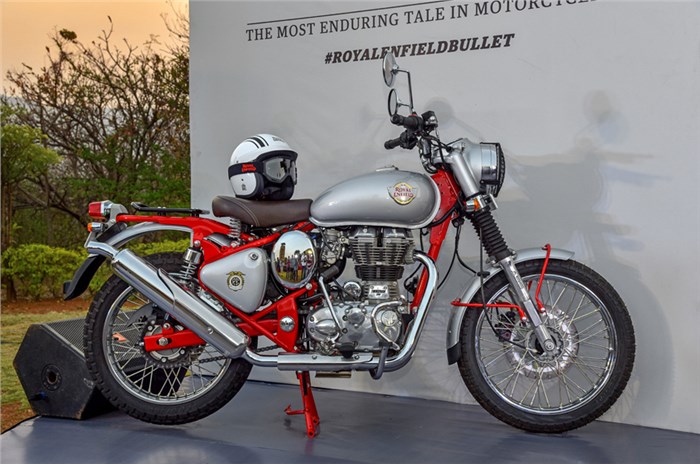 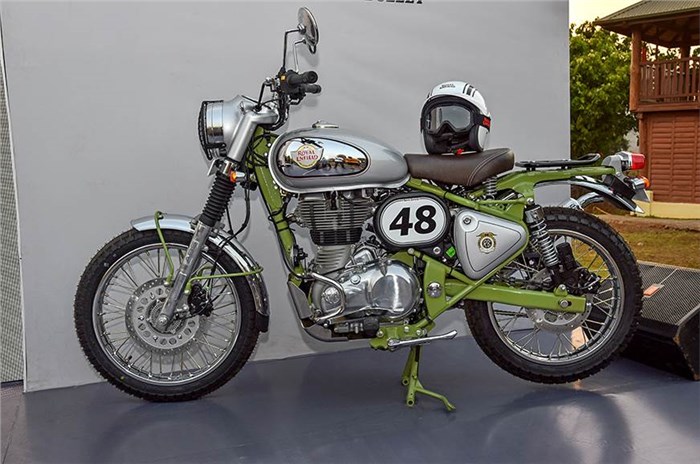 Inspired by the Royal Enfield Bullet Trials versions from the late 1940s, the new Trials Works Replica models give the Bullet an off-road spin.

Royal Enfield has just launched its newest model – the Bullet Trials. Priced at Rs 1.62 lakh for the TrialsWorks Replica350 and Rs 2.07 lakh for the TrialsWorks Replica500, the bikes pay homage to Royal Enfield’s Trials bikes of yesteryear. The brand has called the journey of the Royal Enfield Bullet “the most enduring tale in motorcycling” and this new model adds to the long list of motorcycles that have worn the Bullet badge in the past.

The new Trials bikes also borrow the tank- and side-panels from the Bullets. In accordance with its off-road intentions, the front and rear fenders are shorter and narrower than on the standard Bullet. This off-road-friendly appearance is further accentuated by a taller handlebar that features a cross-brace similar to those seen on a lot of enduro motorcycles. A distinguishing factor between the Trials 350 and Trials 500 is the colour scheme.The 350 uses a red frame, while the 500 uses a green one. Both motorcycles come with dual-discs with dual-channel ABS.

The Bullet Trials come with a 19-inch front and 18-inch rear wheel, shod with Ceat tyres. Keeping with the overall theme, the bike also features an upswept exhaust muffler. The headlight grille and crossbar padding seen on the bikes above are part of a accessory pack. At the moment, the Trials bikes have no direct competition and sit in between the standard Bullet series and the Royal Enfield Himalayan in terms of intent.