Photon e-motorcycle has a 12kW motor that's powered by a 10kWh battery. 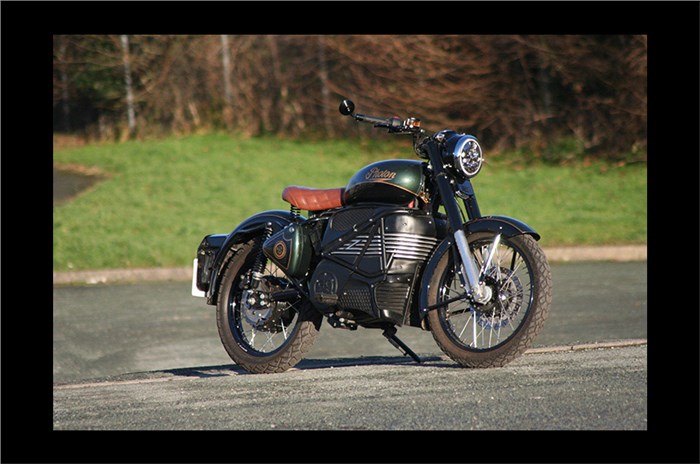 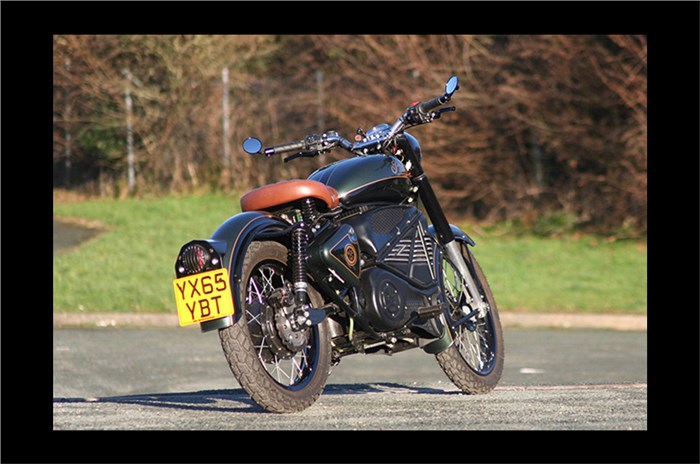 The days of electric two-wheelers are truly upon us, and even here in India, the interest is only getting stronger every day. Based on what we've seen so far, almost everyone is choosing to design their electric two-wheeler as if it's to star in an upcoming sci-fi movie. And that may not really appeal to the senses of those who love classic designs. Some may think that the advent of these electric two-wheelers is the death knell for classics, but UK-based company Electric Classic Cars is trying to ensure that is not the case.

What you see here is its first-ever electric two-wheeler – the Royal Enfield Photon. Electric Classic Cars usually works on iconic classic cars, including Porsches, Land Rovers and VW buses, converting them into full-electric vehicles and seems to do a commendable job of incorporating modern technology into what many might regard as timeless pieces of art. And this Royal Enfield seems to be no different.

The Photon is, essentially, a Royal Enfield Bullet that's been stripped of its petrol engine as well as drivetrain, and instead gets a huge battery and a hub-mounted electric motor.

There are some neat touches here, like the British Racing Green paintwork and the contrasting gold pinstripes that adorn the tank and fenders. The quilted brown leather seat goes well with the rest of the motorcycle and also enhances its appeal. In fact, this simple and elegant design has been Royal Enfield's biggest draw for years

However, to make it electric, the company had to sever the original bike's single downtube frame and design a bespoke cradle that'd house the batteries. When you look at this section of the bike for the first time, it does come across as odd but the battery casing has been neatly integrated and it doesn't really stick too far out on either side. In fact, the case has silver fins, as you would see on an air-cooled petrol-powered engine. Speaking of cooling, the batteries are liquid-cooled, with the entire system fitted neatly in the case.

There are four lithium-ion batteries in the pack, each producing 2.5kWh, or 10kWh in all. They can be charged using a regular, public charging facility, and the company claims it takes 90min to charge it to full capacity. The range isn't too bad either, with reports claiming 130km in the real world.

At the rear hub sits the 12kW motor which makes a little over 15hp. While this may not seem like a lot in such a big machine, an electric motor's biggest advantage over a petrol engine is instant torque. Performance, in that case, should be adequate, with a decent claimed top speed of 112kph.

What will be really interesting is to discover what it's like to ride a silent Royal Enfield. For years, the very essence of riding a Bullet was in the sounds it produced, or the vibrations one felt as the bike cruised down the highway, and it's a feeling that many Royal Enfield riders swear by. Sadly, on the Photon, it’ll be replaced by the whine of an electric drivetrain. It's already making us feel nostalgic!

Motor aside, the rest of the cycle parts – the wheels, the suspension and the brakes – are identical to those on the regular Enfield, and the company also claims it rides and handles like one, despite the weight of the batteries and motor.

While the all-electric Royal Enfield Photon does come across as an interesting proposition for those who love classic motorcycles and want to do their bit for the environment, it's going to come at a pretty hefty cost. In the UK, the Photon is priced at around Rs 18.58 lakh, but it’ll get costlier in India when you include import duties and taxes. That said, the idea of converting a classic vehicle to a full-electric may appeal to a niche group that treasures such motorcycles and wants to keep them running in an era of electric mobility.