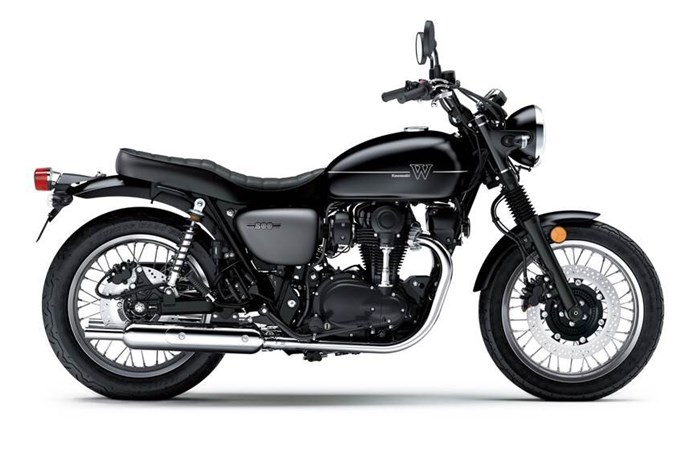 Kawasaki has launched the W800 Street in India at Rs 7.99 lakh (ex-showroom, India). Back in February 2019, it was us who revealed that the Japanese company was preparing to launch the W800. The motorcycle is now here, but only in the Street variant and in one colour – metallic flat spark black/metallic matte graphite grey.

The Kawasaki W800 is a successor to the brand’s W series models that were clones of British vertical-twin standard motorcycles, like BSAs. Now, while you can’t go out and buy a brand-new vertical-twin BSA, you will soon be able to buy a W800 in India. A vertical-twin is essentially a parallel-twin with a different firing order, the crank is 360 degrees (which means both pistons rise and fall together), instead of the traditional 180 degrees or the more contemporary 270 degrees.

Additionally, the bike also uses an old-school bevel gear cam drive, which is a set of gears with curved teeth on the crankshaft that turns a propeller shaft running vertically up the right side of the cylinder. This propeller then meets another set of bevel (curved) gears that connect to the camshaft. The system was famously used in older Ducatis and will give the W800 a unique identity in the retro bike space; however, these systems are known to produce a fair amount of heat.

The vertical-twin motor in the W800 is a 773cc, air-cooled, fuel-injected SOHC unit that makes 52hp at 6,500rpm and 62.9Nm of torque at 4,800rpm. This one-of-a-kind engine comes paired to a 5-speed gearbox. Now, while the specifications may appear underwhelming, one has to understand that this is what the company calls a ‘true’ classic and not just a retro-styled bike with a modern powertrain, like in one of the company’s other offerings, the Z900RS.

Prominent styling cues include minimalistic front and rear fenders, with the latter not curving downwards, like one would generally associate with a classic motorcycle. The single-seat unit remains flat for the pillion and curves downwards for the rider. The shape of the tank is oval, just like you would expect from a motorcycle of this genre. Interestingly, the updated 2018 model onwards have ditched all of chrome bits for blacked-out bits. The twin-pod instrument cluster on the W800 doesn’t display much, aside from a rev counter and a speedometer. It also misses out on a fuel gauge and makes do with a reserve-fuel light.

That said, the W800 does get some modern-day features. The headlight on the bike is an LED unit, it gets a slipper clutch, and the large 320mm front disc and 270mm rear disc come equipped with ABS. Suspension on the bike is taken care of by a 41mm telescopic fork and twin shock absorbers. The wheels, meanwhile, measure 18 inches at both ends. 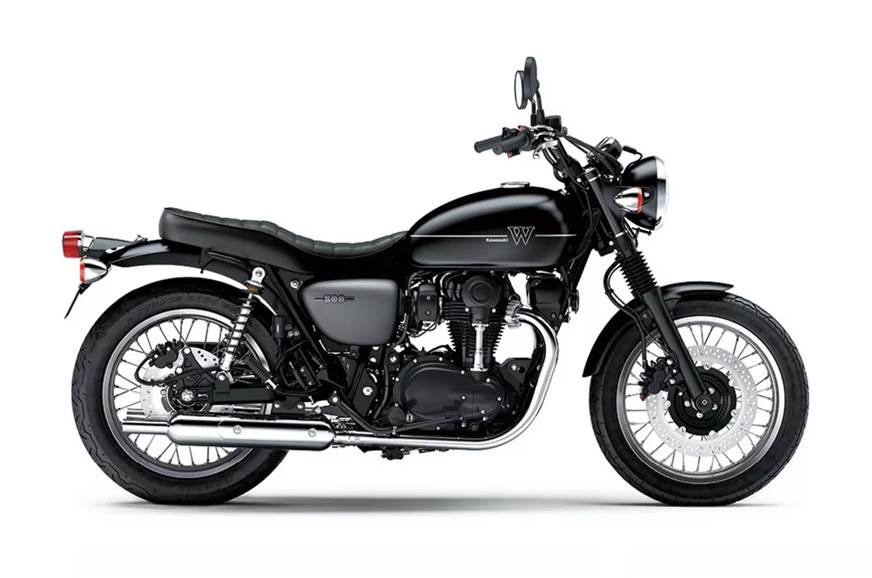 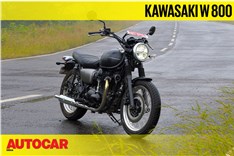