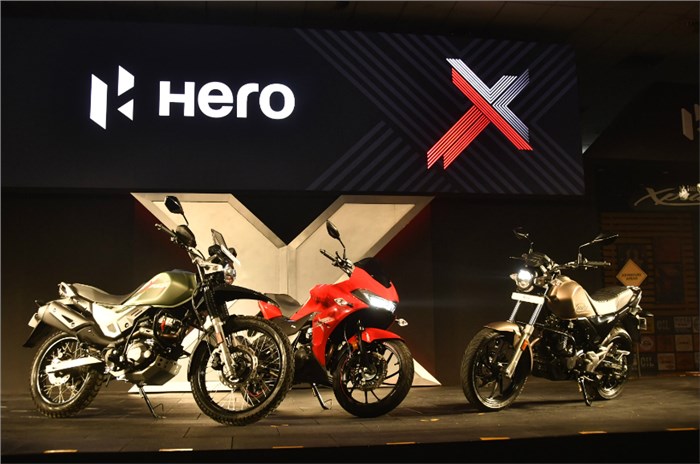 After months of waiting, Hero has finally launched the XPulse 200 and the XPulse 200T. The XPulse 200 is the off-road-focused model and will be available in two variants - a carburetted version priced at Rs 97,000 and a fuel injected variant that costs Rs 1.05 lakh. Meanwhile, the road-biased XPulse 200T will be available only as a carburetted motorcycle and is pegged at Rs 94,000. This makes the two XPulse bikes some of the most affordable options in this entry-level off-road segment.

Given the off-road intentions of the XPulse 200, it gets an upswept exhaust and a more sophisticated suspension setup. While the fork of is a 37mm telescopic unit on both bikes, the XPulse 200 fork is capable of 190mm of travel. Both bikes comes with a rear monoshock – the 200T’s is a 7-step preload-adjustable unit and the 200 gets 10 steps of pre-load adjustability with 170mm of travel.

Of the two, the Xpulse 200T will certainly be the more accessible motorcycle with its 795mm seat height, while the XPulse 200 has a higher seat height of 825mm. The 200 is the heavier bike at 154kg, while the 200T has a slightly lighter kerb weight of 150kg. Another bit of tech that Hero has equipped the XPulse bikes with is an all-new, Bluetooth-compatible digital dash.

Over the last few years, the off-road scene has greatly improved in the country, with the advent of relatively affordable ADVs like the Royal Enfield Himalayan and – to some extent – the BMW G 310 GS. The aggressively priced XPulse 200 will come as a much more affordable and lighter addition to this ‘off-road’ segment.

Meanwhile, the road-biased Hero XPulse 200T will face competition from the Honda CB Hornet 160R (Rs 92,000) – and given its touring aspirations, it will also take on the likes of entry-level cruisers like the Suzuki Intruder (Rs 1.01 lakh) and the Bajaj Avenger 220 (Rs 1.03 lakh).