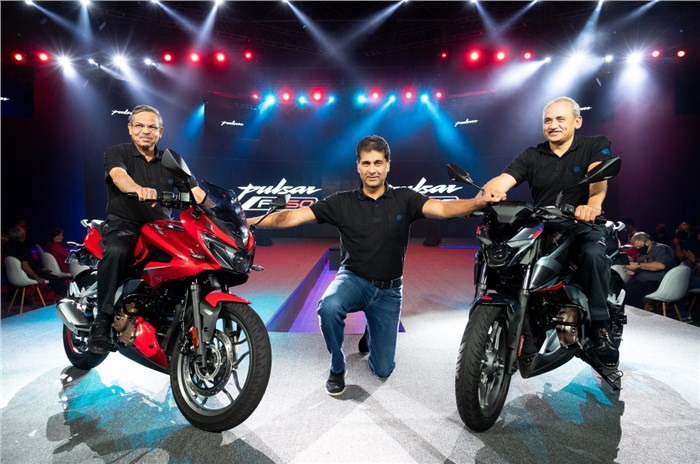 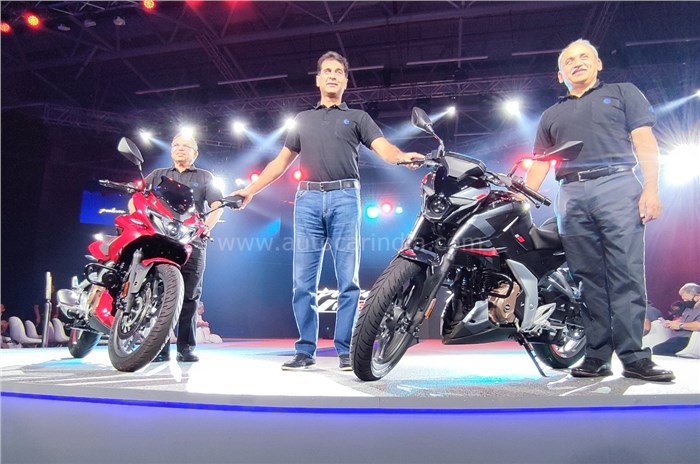 Bajaj has launched the Pulsar N250 and F250 in India at Rs 1.38 lakh and Rs 1.40 lakh respectively (all prices, ex-showroom Delhi), with despatch beginning November 10.

The Pulsar N250 and F250 use an LED headlight and LED Daytime Running Lamps. Both versions of the motorcycle also get split seats and digi-analgoue instrumentation. The foldable mirrors on the F250 are mounted on the sharp-looking semi-fairing, similar to what we’ve seen on the 220F. Behind the fairing are raised clip-on handlebars.

The naked Pulsar N250, meanwhile, has an aggressive front-end with a prominent LED headlight. The rear-end on both bikes are fairly sharp with twin LED tail-lights seen on most other models in the Pulsar family. However, the alloy wheel design is exactly the same as the NS/RS models.

Like we'd revealed in 2018, this is the first time that a non-NS/RS Pulsar gets a rear monoshock. Needless to say, the frame and swingarm are different units to incorporate this feature. This complete change in the underpinnings is expected to improve the dynamics of the Pulsar and has been a long time coming. The suspension at the front, meanwhile, is a conventional telescopic fork.

The bikes come equipped with a 300mm disc up front and 230mm disc at the rear with single-channel ABS. The new Pulsars have a fuel tank capacity of 14 litres and weigh 162kg for the N250 and 164kg for the F250.