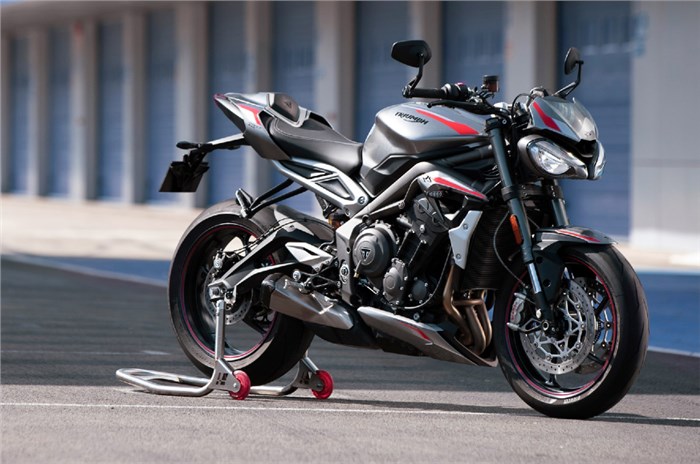 Triumph India has launched the 2020 Street Triple RS at Rs 11.13 lakh (ex-showroom, India). The middleweight sport naked was supposed to go on sale in the last week of March; however, the COVID-19 crisis forced the company to postpone the launch. At this price, the updated 2020 model costs the same as the model it replaces. This is quite impressive, when you consider the number of updates the bike has received. The company has said that bookings are open, but test rides and deliveries will only begin after the lockdown lifts.

The Street Triple and Tiger 800 were previously the only bikes left being assembled in India, as all the other models were coming in directly from the manufacturers plant in Thailand. The new RS will continue to be assembled at the company's plant in Manesar, Haryana.

There wasn’t much wrong with the original Street Triple RS to begin with. In fact, we gave it one of the highest ratings a motorcycle has ever received at Autocar India. Its stellar performance and top-spec components took the middleweight sport-naked segment by storm when it was first launched in 2017.

We also rode 2020 Street Triple RS a few months ago and were impressed with what Triumph has managed to achieve with it. It is not an all-new motorcycle but bears significant improvements over the previous Street Triple RS. The biggest change is the updated, 765cc, liquid-cooled, in-line-triple engine that produces 123hp and 79Nm of torque (up by 2Nm from the previous model's 77Nm). Besides the increase in torque, the motor develops a stronger mid-range and is now BS6 compliant. The quickshifter is also bi-directional, unlike the older one which only supported upshifts.

The styling has also been slightly reworked and it’s a little more aggressive, this time around. The colour TFT, meanwhile, has new graphics, Bluetooth connectivity and GoPro controls; the latter is available through an accessory module.

Triumph continues to offer track-ready components on the new generation of the Street Triple RS. The model is fitted with Brembo M50 Monobloc calipers, a fully adjustable Showa fork and an Öhlins STX40 rear monoshock. It is also shod with Pirelli’s latest-generation Supercorsa SP V3 tyres; and while the electronic rider aids are decent, it's still missing an IMU.

Like before, the Triumph Street Triple RS has no direct rival. However, that could change if KTM launches the 890 Duke R in India.