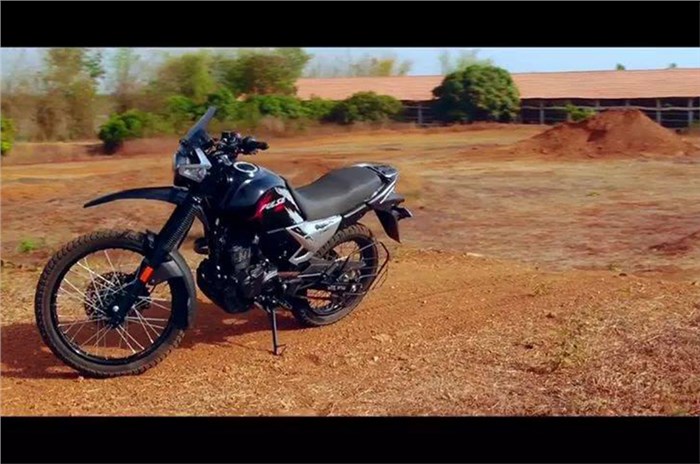 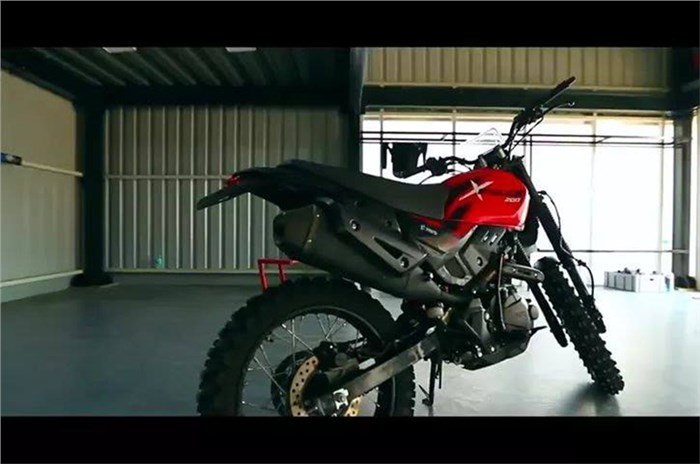 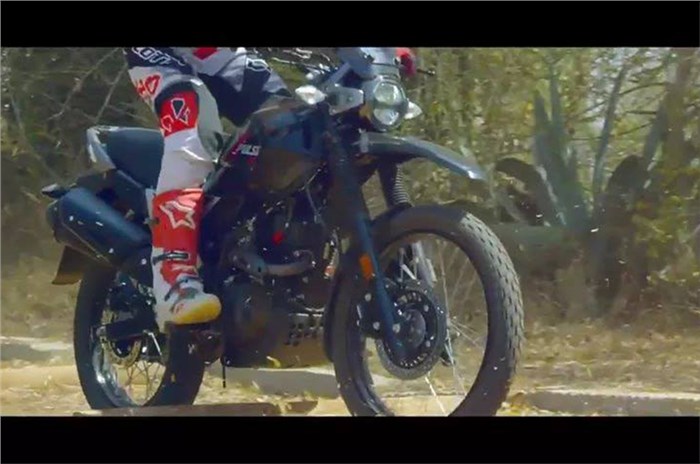 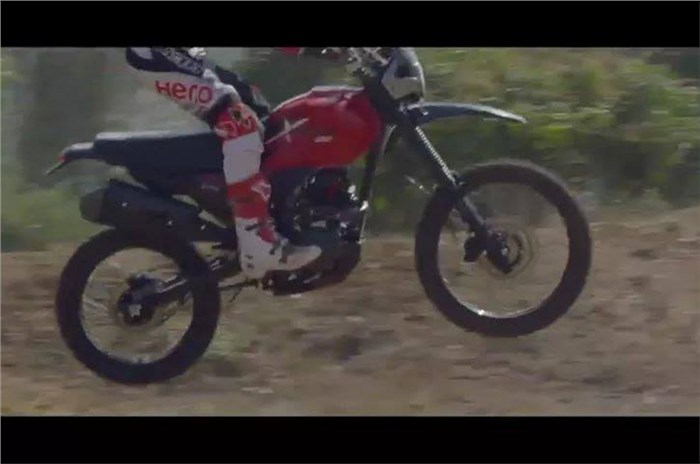 The Xpulse 200 is expected to go on sale towards the end of March, or in early April 2019.

The Hero XPulse 200 concept was first revealed internationally at EICMA 2017. At EICMA 2018, the company also showcased the Xpulse 200T – a second variant of the yet to-be-launched Xpulse which is a touring-oriented version of the standard model.Conceptualised as a successor to the Impulse, the Xpulse has been a highly anticipated motorcycle across the country. Near-production forms of both variants were spotted testing in India, late last year.

The new images seen above are screenshotstaken from a video that shows CS Santosh – the Hero Motorsports Team Rally racer – riding the bikes off-road. The Xpulse 200 in the images appears identical to the bikes we have seen before. Unlike the Xpulse 200T, the Xpulse 200 gets a much higher-set exhaust. Hero earlier revealed that the Xpulse 200 will be equipped with a 21-inch/18-inch (front/rear) wheel combo, single-channel ABS and a telescopic fork with 190mm of travel. Meanwhile, rear suspension is taken care of by a monoshock with 170mm of wheel travel. The Xpulse 200 has an 825mm seat height that may be a bit too tall for shorter riders; but the narrow seat should make it slightly easier to get both feet flat on the ground.

A red custom bike, also wearing ‘Xpulse 200’ badging, was spotted too. This bike has lesser body work – it lacks the rear tail unit, bash guard and front mudguard. It also appears to have a slightly taller stance but this can’t be confirmed, as the bikes aren’t seen side by side. The appearance could be due to the flat seat on the bike, which is unlike the step version on the regular Xpulse 200. It’s still uncertain as to whether this bike will be launched or sold alongside the upcoming Xpulse 200.

The Xpulse shares its powertrain with the Xtreme 200R. On the Xtreme 200R, the 200cc single-cylinder engine produces 18.4hp and 17.1Nm of torque. However, engine behaviour on the Xpulse could be a lot different, considering the engine might be in a different state of tune and with different gearing.

The Hero Impulse was launched at a time when the off-road motorcycle market was not very large; so it wasn’t a massive hit. However, the off-road scene has greatly improved since, with the advent of multiple entry-level off-road and dual-sport bikes in the country. This new iteration could do a lot better than its predecessor and garner a fair amount of attention from off-road enthusiasts. The Xpulse 200 is expected to go on sale towards the end of March, or in early April 2019.