The new race-spec Volkswagen Polo will be unveiled at Auto Expo 2020; registrations for the 2020 season are currently open. 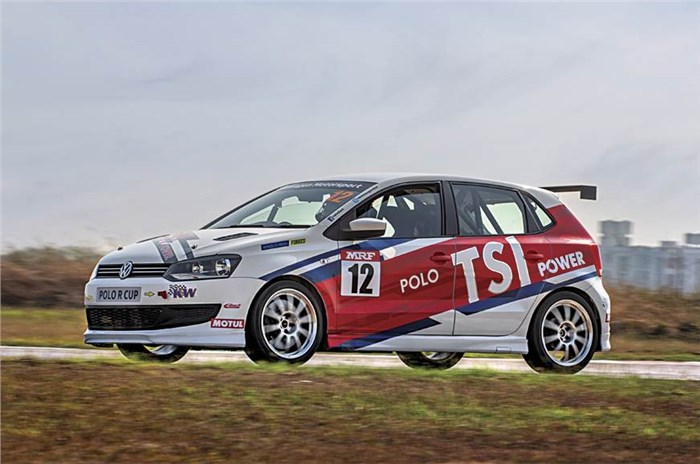 Volkswagen Motorsport India has announced that the 11th edition of its one-make series will run as the Polo Cup, marking the end of the road for the Ameo Cup after three seasons. The move sees the company go back to its roots, since it is the Polo Cup that kicked-off its one-make series in India all the way back in 2010, with a Polo powered by a 1.6-litre diesel engine.

The new race-spec Polo for the series will be unveiled at the upcoming Auto Expo 2020 next month. Volkswagen had unveiled the Polo RX last year in the form of a rear-wheel-driven track car with a rear-mounted 205hp, 1.8-litre turbo-petrol engine (the same unit as the one on the Ameo Cup car). At the time, the car was billed as a ‘Winter Project’ and didn’t adhere to any racing regulations; but Volkswagen was keen to build one to track-spec. So it remains to be seen if the new Polo Cup car will follow the RX’s engine-drive setup.

Registrations for the 2020 Polo Cup are currently underway. A two-day selection round will be held on January 25-26 at the Ajmera IndiKarting Track in Mumbai. Participants will be judged based on their fitness and overall driving skills, with the selection criteria focusing on consistency in performance, their understanding of racing lines, lap times, driving attitude and ability to learn. Like in the previous years, 20 individuals will then be selected to be part of the final grid. The last date to register is January 20 and those interested in applying can fill the online form here.