Perez will leave Racing Point, opening the doors for Vettel to join the team once it’s rebranded as Aston Martin next year. 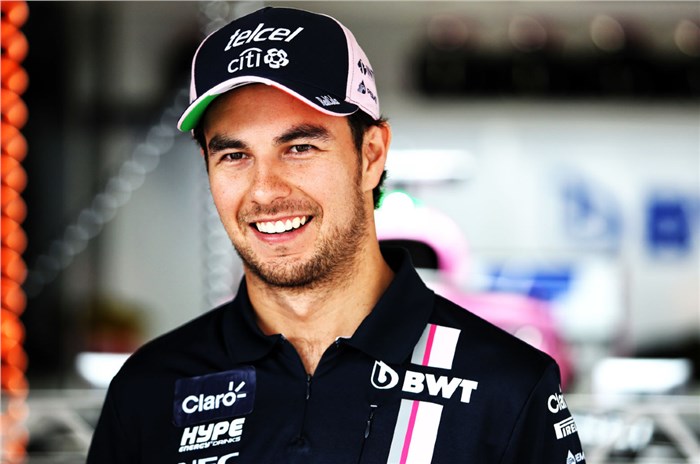 Sergio Perez has confirmed that the F1 2020 season will be his last with Racing Point, with the Mexican driver dropped from the team’s 2021 line-up. This paves the way for Sebastian Vettel – who is leaving Ferrari at the end of year – to join the team. An announcement confirming Vettel at what will be the Aston Martin F1 team next year is expected later today.

Despite having signed a three-year contract just last year, Perez announced on his social media that he will be leaving Racing Point after racing with them for seven years. “Everything in life always has a beginning and an end, and after seven years together, my time with the team will come to an end after this season,” his statement said.

Perez has outscored Racing Point’s other driver Lance Stroll in past seasons, but Lance is the son of team owner Lawrence Stroll. So as rumours of Vettel’s move to the team, which will be rebranded as the Aston Martin F1 team next year, came to light, it seemed inevitable that Perez would have to leave to make way for him.

After joining the team (then operating as Force India) in 2014, Perez has gone on to secure five podium finishes for them. In fact, he played a key role in saving the team back in 2018 when he triggered administration proceedings leading to Lawrence Stroll taking over Force India.

“I will always be grateful for the opportunity given to me by Vijay Mallya, who believed in me and allowed me to continue my F1 career with Force India,” Perez added.

“To the current administration, led by Lawrence Stroll, I wish nothing but the best in the future, specially with the upcoming Aston Martin Project.”

I have something to announce to you...
Thank you for your support all these years!#NeverGiveUp pic.twitter.com/4qN9U6Cg1L

Since returning to action, after having been forced to sit out two races due to testing positive for COVID-19, Perez seemed rather confident about his future at Racing Point. However, his latest announcement certainly opens the door for Vettel to join the team.

It’s a move that makes sense for both parties – Vettel will get to make a fresh start with a new factory team after a disappointing stint with Ferrari, while Aston Martin will benefit from the wealth of experience the four-time F1 world champion brings.

Racing Point has already shown some genuine pace this year, with its 2020 challenger bearing an uncanny resemblance to Mercedes’ 2019 championship-winning car. Vettel’s expected arrival will only help the team shed its midfield identity. Additionally, F1’s new cost cap comes into force next year, which should help further level the playing field.

What is next for Sergio Perez?

In addition to being a consistent points scorer, Perez also brings with him some hefty sponsorship from Mexico. So this should put him on the radar of teams like Alfa Romeo and Haas.