A consortium led by billionaire Lawrence Stroll has acquired a 16.7 percent stake in Aston Martin and the move has sparked a major revamp of the firm's future product plan. 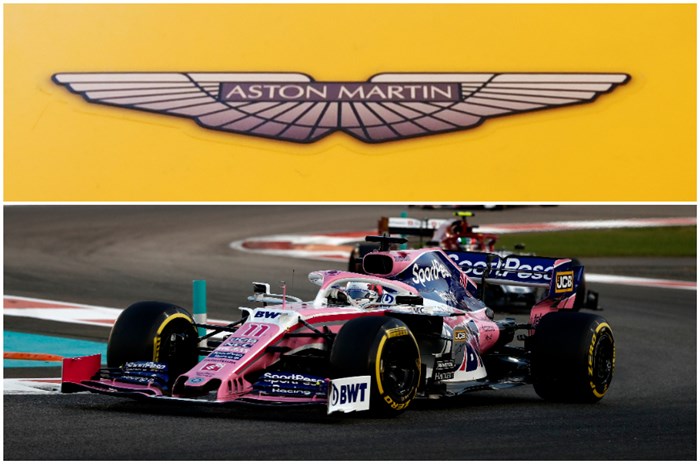 British carmaker Aston Martin’s future plans have undergone an extensive revamp following a major investment from a consortium led by billionaire Lawrence Stroll. The move will see the firm return to F1 as a works team, with the Stroll-owned Racing Point F1 team all set to be rebranded as the Aston Martin F1 team from 2021. Additionally, Aston Martin has pledged to launch its Valkyrie hypercar this year, has committed to a revised mid-engined car strategy, and also revealed it will delay the launch of its electric vehicles, including the re-launch of the premium Lagonda brand, until after 2025.

Stroll beat Chinese carmaker Geely, the owner of Lotus and Volvo, a part-owner of Smart and a significant shareholder in Daimler, to the deal. As part of the investment, Stroll will join the Aston Martin board in the role of Executive Chairman, with the consortium also gaining the right to appoint a second board member.

The £500 million investment will include £55.5 million (approximately Rs 520 crore), of short-term funding from Stroll to improve the immediate liquidity of the company, which will be refunded once the full share placing is finalised. The firm said the proceeds from the investment will be used to “improve liquidity and finance the ramp-up in production of the DBX and turnaround of the company’s performance.”

In a statement confirming the deal, Aston Martin Lagonda said the move would “strengthen its balance sheet to necessarily and immediately improve liquidity and reduce leverage following the disappointing performance of the business through 2019”.

Aston Martin currently sponsors the Red Bull F1 team – and will continue to do so in 2020 – but has thereafter agreed on a 10-year deal under which Racing Point will become the official works Aston Martin squad. The deal includes a five-year sponsorship agreement starting in 2021. This move will see Aston Martin return to F1 as a works team for the first time in 60 years.

In 2018, Stroll’s consortium took control of the struggling Force India squad and the team later became Racing Point at the start of the 2019 season. Stroll’s own son, Lance Stroll, drives for the team alongside Sergio Perez.

Due to Aston Martin’s recent struggles, the firm has also agreed to a ‘reset business plan’ to raise its performance, which includes both cash generation and changing its product plan.  The reset plan includes delaying investment in electric vehicles until beyond 2025, including delaying the re-launch of the Lagonda brand, which was initially scheduled for 2022.

The Rapide E electric car project has been “paused pending a review”. There remains a commitment to deliver on its range of mid-engined cars currently being developed, starting with the Valhalla in 2022.

On immediate priority will be launching the DBX later this year, with the firm saying it has received 1,800 orders to date. It will then update the Vantage – and introduce a Roadster version – and start deliveries of the Valkyrie later this year. The firm will also seek to trim costs by £10 million per year (approximately Rs 93.66 crore).

The mid-engined Vanquish will now be revealed after the Valhalla in 2022, while the firm will also develop a “fuel-efficient, modular V6 engine with hybrid capabilities” that'll be introduced in the mid-2020s. The firm also says special models will continue to be a key part of its plan, with one ‘heritage special’ and two ‘contemporary specials’ delivered each year.