The team has been granted an all new Formula 1 entry and has had to forfeit its constructors’ championship points as a result. 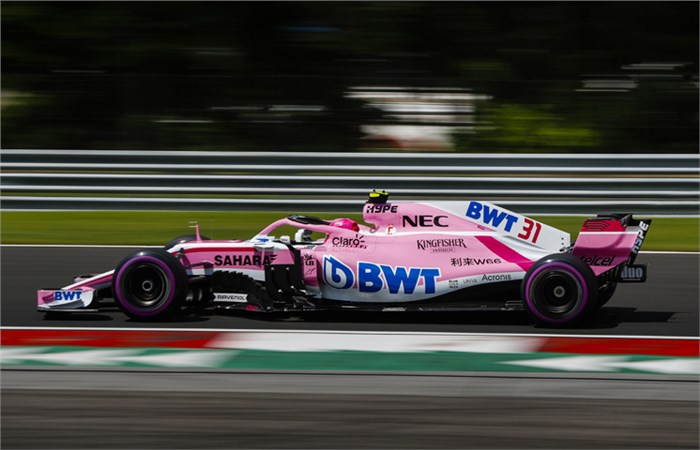 The Sahara Force India F1 Team has officially been renamed Racing Point Force India. The team will be competing in the remainder of the 2018 F1 season as an all-new entry, which means it has been stripped of all of all 59 Constructors’ championship points it has earned so far this season. However, drivers Sergio Perez and Esteban Ocon will get to keep the points they have scored for the Drivers’ championship.

Following intense scrutiny of the legal situation surrounding the takeover of Force India by a consortium led by Lawrence Stroll, the FIA has subsequently approved an all-new entry. That means the former Force India entry has been officially annulled, with the FIA ruling that the team is excluded from the world championship, with immediate effect.

While the team will continue using ‘Force India’ as part of its name for the rest of the 2018 season, this is expected to change, next year.

As part of the team’s revised structure, Bob Fernley – who held the role of deputy team principal – is no longer associated with the team. Instead, former Force India Chief Operating Officer Otmar Szafnauer has now been appointed as team principal.

"The new Racing Point Force India team is delighted to be able to race when the championship resumes in Belgium this weekend," said Szafnauer. "This heralds a new and exciting chapter for us. Just a few weeks ago, an uncertain future lay ahead, with more than 400 jobs at risk; now the new team has the backing of a consortium of investors, led by Lawrence Stroll, who believe in us as a team, in our expertise and in our potential to achieve success on the track."

"We are grateful to the FIA, the Joint Administrators and Formula One Management for their support in helping us achieve such a welcome outcome," he went on to say.