Kush Maini and Arjun Maini won a race each for Narain Karthikeyan’s NK Racing Academy in the Senior Max category of the Rotax Max Championship. 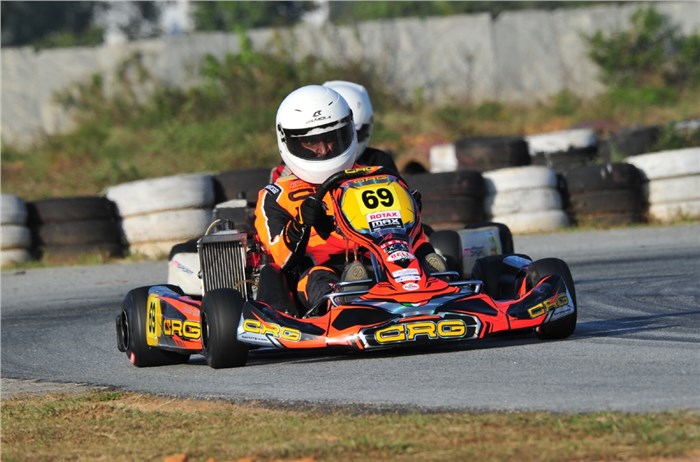 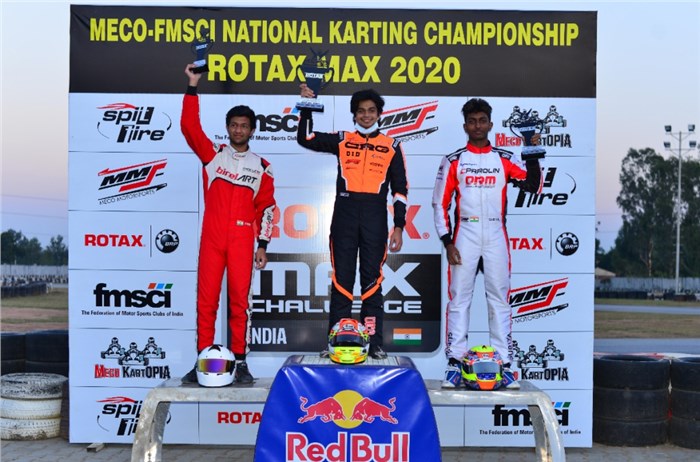 Narain Karthikeyan’s NK Racing Academy enjoyed a successful return to karting, winning both Rounds 1 and 2 in the Senior Max category of the 2020 Meco FMSCI NKC Rotax Max Championship. Earlier this year, the academy had inked a deal with Italian karting giant CRG, in a move that gives a big boost to Indian motorsport at the grassroots level.

The Rotax Max Championship marked NK Racing Academy’s return to competing in a national championship after nearly a decade. And it came with all guns blazing, fielding prominent Indian racers Arjun Maini and Kush Maini, along with rookie drivers Divy Nandan and David Ryan.

Arjun has previously raced in F2 and at the 24 Hours of Le Mans, and was recently confirmed as one of the drivers to join Racing Team India for its 2021 Asian Le Mans Series campaign. He’ll be driving alongside Karthikeyan and Naveen Rao for what will be the first all-Indian team to compete internationally in endurance racing. Kush, meanwhile, just recently finished 2nd overall in the 2020 British F3 championship.

Kush dominated Round 1, setting the pace in qualifying and later winning the race. His brother Arjun followed him in 2nd place, to hand the team a 1-2 finish, followed by MSport’s K Suriya Varathan.

Round 2 saw Arjun cruise to victory after starting from pole position. Varathan and Mihir Avalakki (Birel Art) wrapped up the podium. As a result, NK Racing Academy holds a hefty lead in the team and constructors’ championship. The outing proved to be a key learning experience for its two rookie drivers, Divy Nandan and David Ryan, along with reserve driver Sohil Shah – who replaced Kush in Round 2 – as well.

NK Racing Academy’s new deal with CRG sees it become the Italian karting giant’s official factory team in the Indian subcontinent. CRG boasts a storied legacy in the world of karting, having churned out some of the most prominent racers in the world like Michael Schumacher and Lewis Hamilton.

In addition to its national karting championship outings, the academy has also launched a training programme, with CRG providing full factory support in terms of both expertise and equipment. The programme focuses on seeking out local talent at a young age and developing their skills to help them sustain a professional career in motorsport.

The quickest drivers from the academy will then graduate to CRG’s factory team in Italy, making the all-important step up to karting on an international level in Europe.