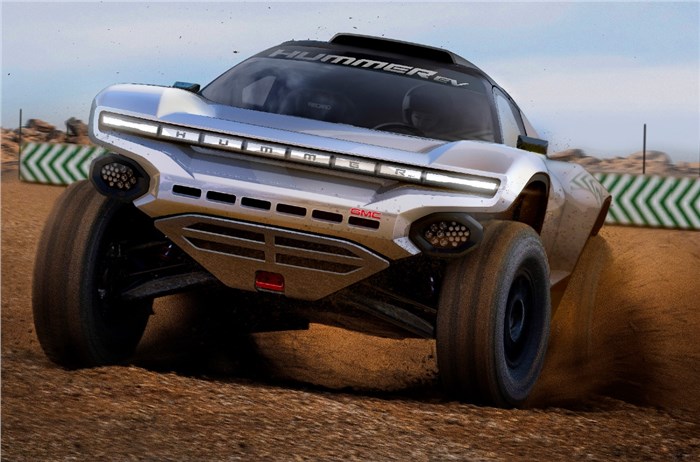 General Motors has signed a multi-year deal with American racing team Chip Ganassi that will see racer cars based on the new all-electric Hummer EV compete in the Extreme E off-road series.

The new 1,000hp Hummer EV pick-up was revealed last year as the first machine from the General Motors brand since 2009, with sales due to begin in the US in 2022.

To promote the brand, GMC has agreed to a multi-year deal to sponsor the Chip Ganassi Racing entry in the new Extreme E series – a new one-make off-road racing series featuring the 543hp Odyssey 21 SUVs.

GMC is the second major manufacturer to sign up for the championship, joining Volkswagen Group’s sub-brand Cupra, which has joined forces with the Abt team. While Extreme E features a one-make spaceframe electric 4x4, teams are allowed to fit unique styling elements, including on the frontal grille area, in order to make them look like road-going vehicles. An official render shows how the Hummer entry will look, featuring a grille similar to the new EV.

GM motorsport boss Jim Campbell said: “Both the GMC Hummer EV and the Extreme E series are designed to be revolutionary – to challenge perceptions of electric vehicles and to showcase their true capability.”

Chip Ganassi Racing is one of America’s top motorsport teams and currently competes in both Nascar and Indycar. It has already signed experienced off-road racers Kyle LeDuc and Sara Price as its Extreme E driver pairing for this year.

Competing in Extreme E, which has a heavy focus on raising environmental awareness to tackle climate change, will also allow GMC to reinforce the different between the new electric Hummer and the firm’s original line of heavy SUVs based on military vehicles.

Created by Formula E founder Alejandro Agag, Extreme E has been developed to highlight environmental issues and will stage a series of ‘X Prix’ events in five remote, environmentally damaged locations. The start of the inaugural season has been delayed as a result of the COVID-19 pandemic, and the first event will now take place in Saudi Arabia on April 3-4. This will be followed by races in Senegal, Greenland, Brazil and Argentina.

Extreme E teams are required to field two-driver teams comprising one male and one female. The series has attracted some big names with F1 champions Lewis Hamilton and Jenson Button fielding their own teams. Button will even drive for his own team in the first season.