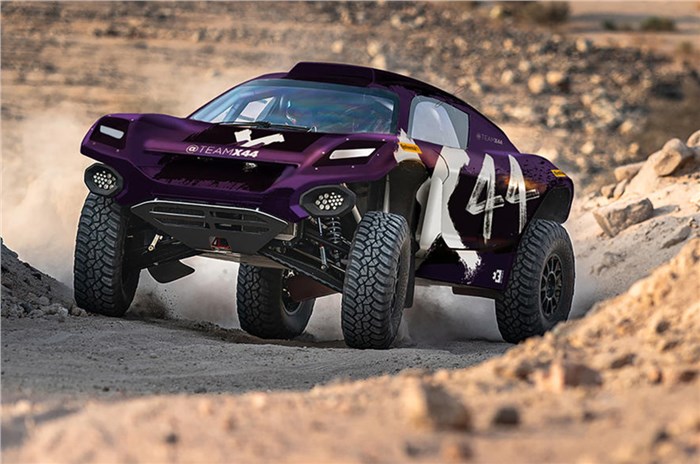 Six-time F1 world champion Lewis Hamilton, will enter his own team in the inaugural season of the Extreme E electric off-road racing series, which kicks off in January 2021. The British racer will back the X44 team – named after Hamilton’s own racing car number – in the one-make series for 543hp four-wheel-drive Odyssey 21 SUVs.

How involved will Hamilton be in the X44 Extreme E team?

As founder of the X44 team, Hamilton will not be behind the wheel or involved on a day-to-day basis. “It will be fun to have a different role from being the team driver,” the F1 2020 championship leader said.

“What's most appealing, though, is that Extreme E will  not only be raising awareness of some of the most critical environmental issues facing our planet but also doing something about it through working with local charitable organisations.”

He added: “Every single one of us has the power to make a difference, and it means so much to me that I can use my love for racing with my love for our planet, to have a positive impact.”

X44 is the eighth team to sign up to Extreme E, joining a list including Formula E teams Techeetah, Abt, HWA and Andretti, plus leading US squad, Chip Ganassi Racing.

What is the Extreme E series?

Created by Formula E founder Alejandro Agag, Extreme E has been developed to highlight environmental issues and will stage a series of ‘X Prix’ events in five remote, environmentally damaged locations. The first of these events will take place in Senegal on January 22-24, 2021. This will be followed by races in Saudi Arabia, Nepal, Greenland and Brazil.

Extreme E teams are required to field two-driver teams comprising one male and one female. While there's no word on who will drive for X44 when the series starts early next year, the team indicated it will “provide opportunities to the next generation of drivers”.