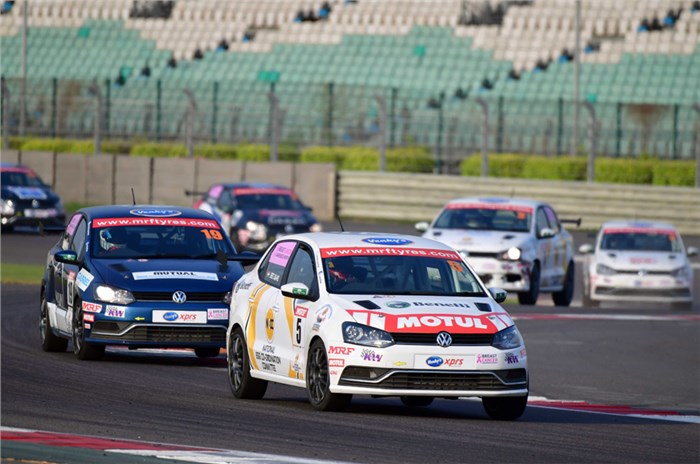 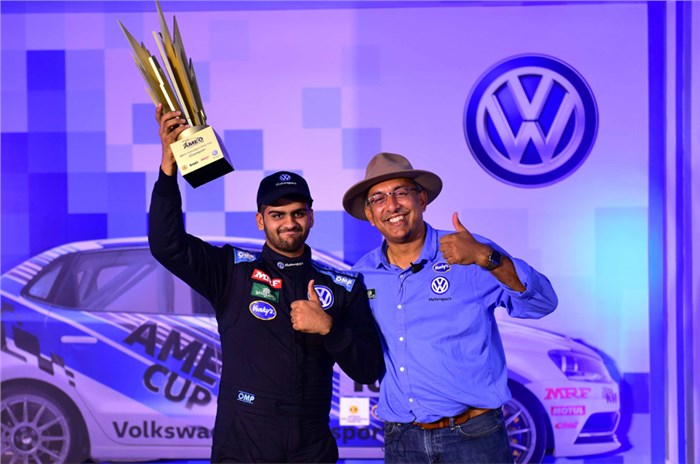 Mohite briefly led the first race of the weekend, but an incident with Pratik Sonawane pushed him down the order on the first lap, itself. This gave guest driver Dhruv Behl the chance to move into the lead, followed by Pratik Sonawane and Saurav Bandyopadhyay. The race saw two safety car periods – the first of which was triggered on the first lap after Arefeen Raafi Ahmed's car was left stranded at the last corner, resulting in the race being red-flagged.

Shortly after the restart, Shubhomoy Ball went off at the third corner, bringing out the safety car yet again. The rest of the race then continued behind the safety car, handing Behl the race win, as the top three drivers stayed in the same order till the chequered flag.

The second race also had its fair share of incidents with Akshay Bhivshet and Tauhid Anwar spinning off in the first corner on lap 2, bringing out the safety car. But unlike the first race, this time the safety car went back into the pits after two laps. Polesitter Jeet Jhabakh held on to his lead and went on to clinch victory ahead of Dhruv Mohite. Affan Sadat Safwan passed Anmol Singh Sahil for 3rd place on lap 5, but the latter made a move on the last lap to grab the final spot on the podium.

While Mohite won the 2018 Ameo Cup by a significant margin, there was a tight battle between Bandyopadhyay and Jhabakh for 2nd place; but Bandyopadhyay ultimately secured enough points to claim the 2nd place in the final standings. Meanwhile, Shubhomoy Ball won the Junior category of the championship.