Despite not entering the 2020 INRC as a manufacturer, Mahindra Adventure has offered its rally-spec XUV300 to Gaurav Gill and Amittrajit Ghosh. 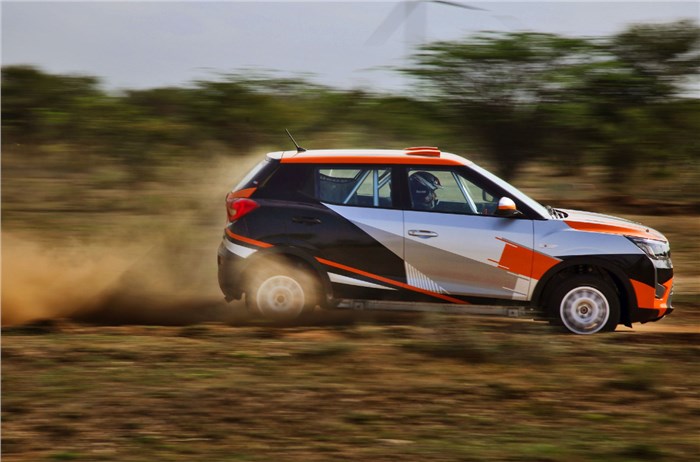 Mahindra Adventure has confirmed it won’t be competing in the 2020 Indian National Rally Championship (INRC), which kicks off on December 16.  While the team won’t be participating in the latest season of the INRC as a manufacturer entry, it has offered the rally-spec XUV300 to both its drivers Gaurav Gill and Amittrajit Ghosh for their respective entries.

Why Mahindra Adventure has pulled out of the 2020 INRC

Mahindra Adventure has been an INRC stalwart for several years, with the team, along with Gill, winning the championship thrice – in 2014, 2017 and 2018. The absence of such a major manufacturer will be a big blow to the INRC.

A major reason behind the decision to pull out of this year’s championship is the condensed calendar. COVID-19-related restrictions proved to be a major setback for the Indian motorsport scene and it is only now, after a lengthy break of over nine months, that national championships are resuming action.

As a result, INRC has been forced to go ahead with a truncated 2020 calendar made up of five events spread out over just two months. Furthermore, the season will kick off with a double-header in Arunachal Pradesh, with the remote North East location presenting its own logistical challenges.

Additionally, despite the condensed calendar, the entry fees for the championship remain the same. Sources close to Autocar India have revealed it made little sense for Mahindra Adventure to invest in an INRC outing for just two months. From a promotional standpoint, it left the team with little time to invest in advertising and gain any exposure from the outing.

There’s no denying that while the new calendar makes sense from an ease of organisation point of view, it doesn’t take into consideration the major reason why manufacturers compete in motorsport – the exposure it brings. In hindsight, it isn’t surprising that this will be the first time in seven years that the INRC won’t have even a single manufacturer onboard.

Gaurav Gill to compete in INRC with rally-spec XUV300

Gaurav Gill and Amittrajit Ghosh will nevertheless continue competing in the INRC, with Mahindra Adventure offering both drivers the rally-spec XUV300. Arjuna award winner Gill will enter with backing from JK Tyre, so you can expect his car to sport a different livery with a heavier dose of yellow.

Will Mahindra Adventure return to the INRC?

Last year, Mahindra Adventure had initially decided to pull out of the last three rounds of the 2019 INRC following the unfortunate incident in Jodhpur. But the management later decided Mahindra Adventure would resume its INRC campaign and work towards generating awareness about safety in motorsport.

Mahindra Adventure’s withdrawal from the INRC may only be temporary. Should the INRC revert to its usual year-long calendar next year, the team says it will be interested in making a return to the competition.