Yokohama will field a team in the upcoming 2020 INRC, with reigning champion Chetan Shivram leading the charge. 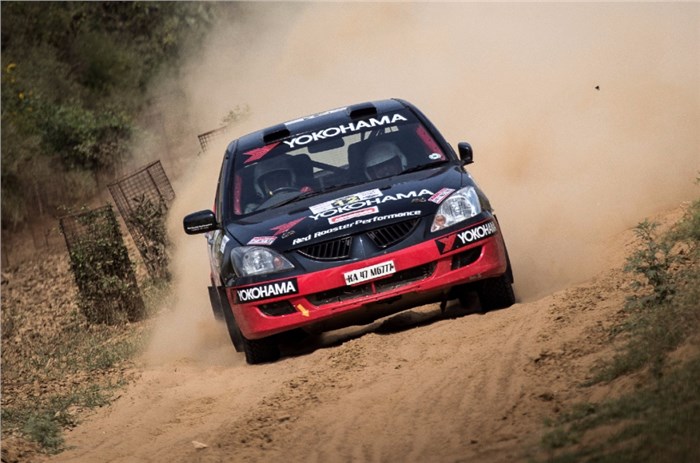 Japanese tyre company, Yokohama will be returning to the Indian motorsport scene, fielding a team in the upcoming 2020 Champions Yacht Club FMSCI Indian National Rally Championship (INRC). Additionally, Yokohama has also joined hands with the INRC and will serve as the championship’s official partner for the upcoming season, which kicks off in December.

Yokohama is taking its latest foray in the INRC seriously and as a display of intent has even signed reigning INRC champion Chetan Shivram to lead the charge for its new team. He will be driving a Volkswagen Polo in the INRC 2 category and will be joined by Lokesh Gowda behind the wheel of a Mitsubishi Cedia.

“With the government recognising motorsport as a discipline of sports, promoters and organisers putting their best foot forward to promote the sports, we do see changing scenario of Indian motorsport. Taking the global philosophy of association with motorsport ahead, we decided to participate in the INRC 2020,” said Harshwardhan Honmode, Director of Yokohama India.

Yokohama has enjoyed a long-standing association with the INRC and had served as the rallying championship’s official partner for several years. They had even won the championship in 2016, with Karna Kadur taking home the title.

However, they decided to walk away from the INRC at the end of 2016, thereby ending their involvement in the Indian rallying scene.

Commenting on Yokohama’s return to the INRC, Vamcy Merla, promoter of INRC and director of Champions Yacht Club said, “This is a great achievement on our part to be able to bring on such a reputed brand on-board the INRC. It is wonderful to have them with us and I really would like to thank them for showing their faith in the property. Yokohama's entry now will take the competition a notch higher and it certainly adds a renewed zing to this year's championship.”

After several delays due to COVID-19, the FMSCI finally announced a condensed five-round calendar for the 2020 INRC.

The championship will kick off in December with a double-header in Itanagar, Arunachal Pradesh. This will be followed by rounds in Coimbatore and Hampi, before the championship wraps in Bangalore on January 30-31.