The FMSCI has unanimously elected Akbar Ebrahim as its new President and Farooq Ahmed as its new Vice-President. 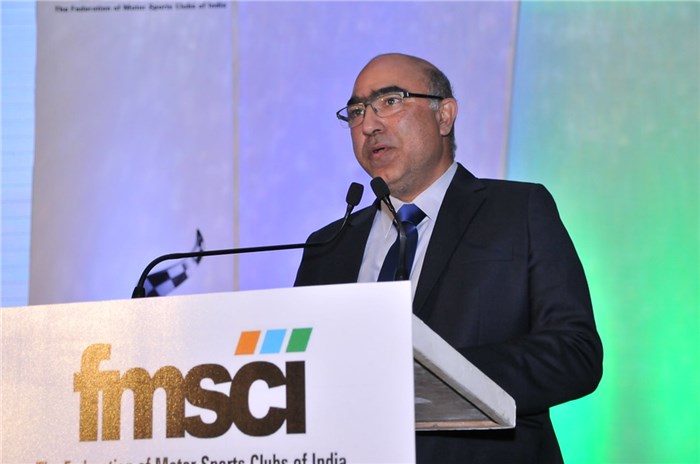 Former racer Akbar Ebrahim has been elected as the new President of the Federation of Motor Sports Clubs of India (FMSCI), the body responsible for the governance and promotion of motorsport in the country.

Akbar Ebrahim and the FMSCI

The FMSCI made a unanimous decision to elect Ebrahim, who is representing Meco Motor Sports, as its new President. The multiple national championship winner has been part of the FMSCI Council for several years. This won’t be his first time heading the FMSCI either, since he’d previously served a two-year stint as President from 2016-2018.

Additionally, the FMSCI has also unanimously elected Farooq Ahmed (representing the Motor Sports Club of Chikmagalur) as its new Vice-President.

“I would like to thank the General Body Members, Outgoing President & Vice President, current and new councilors of the FMSCI for their unanimous support in mandating me as the President for another term in office,” said Ebrahim.

“Going forward, it is without doubt, going to be a very challenging and tough year given the unprecedented pandemic situation the whole world is facing. I am sure that the FMSCI will collectively rise to the occasion and manage the situation to the best of its ability,” he continued.

Ebrahim will be taking over from J Prithiviraj. The latter has proved to be a controversial figure in the Indian motorsport scene.

The FMSCI had imposed a three-year ban on Prithiviraj, in relation to the tragic incident that claimed three lives at the third round of the 2019 Indian National Rally Championship (INRC) in Jodhpur, preventing him from officiating events. However, just earlier this year, the Indian Motor Sport Appellate Committee, overturned the ban on Prithiviraj.

The incident, for which Prithiviraj was the Clerk of the Course (COC), involved the collision of Arjuna awardee Gaurav Gill’s car with a bike that strayed onto an active rally stage, despite the stretch being cordoned off and closed to the public. Gill was eventually cleared of any wrong doing.

Earlier this year, the FMSCI had reiterated its commitment to resume racing activity in India at the earliest following COVID-19-related delays. The body’s delivered on the promise, with the 2020 Indian National Motorcycle Drag Racing Championship completing its first round over the weekend at the Madras Motor Race Track (MMRT).

The FMSCI has also revealed the revised calendar for the 2020 INRC, with the new season kicking off in December with a double-header in Itanagar, Arunachal Pradesh.

There’s also a brand-new racetrack being developed on the outskirts of Pune. The track layout has already received approval from the FMSCI and motorsport’s international governing body, the FIA. You can head here for more details on the Nanoli Speedway racetrack.