The Kari Motor Speedway is receiving a much-needed upgrade that organisers hope will help it qualify to host F3 races. 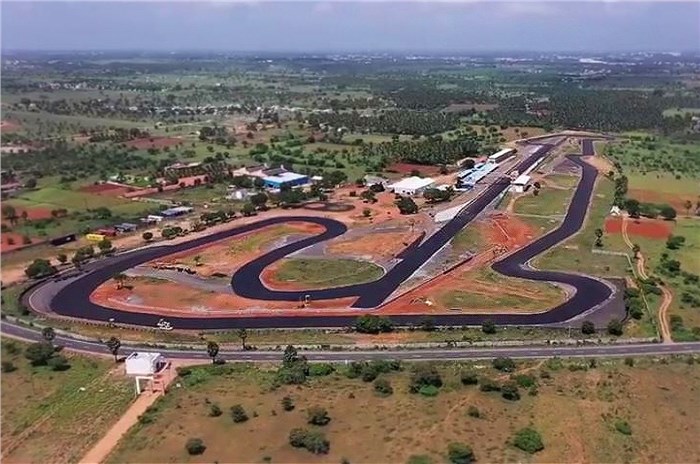 The Kari Motor Speedway is undergoing extensive upgrades that aim to make the Coimbatore track eligible to host Formula 3 (F3) races in the near future.

What upgrades will the Kari Motor Speedway get?

A staple in the Indian motorsport scene, the Kari Motor Speedway has played host to JK Tyres’ National Racing Championship and even the Volkswagen Ameo Cup in the recent past. However, the circuit has lagged behind when it comes to updating its facilities, especially compared to those offered by India’s other two full-fledged circuits – the Buddh International Circuit and Madras Motor Race Track (MMRT).

With COVID-19 putting the brakes on motorsport in India, organisers have decided to give the circuit a much-needed revamp. Speaking to Autocar India, Kari Motor Speedway owner Vijay Kumar said, “The track was built more than 14 years ago, so it needs some amount of repairs and maintenance. So this was the right time to think about it and repair it for the future.”

The Federation of Motor Sports Clubs of India (FMSCI) also shared a teaser video which reveals some of the changes, including a wider track and a shorter main straight that is now followed by a sharp left-right chicane.

Good news for Indian motorsports: the Kari Motor Speedway in Coimbatore is being upgraded and will soon be able to host Formula3 Races. pic.twitter.com/ovdGtsywpY

The teaser video suggests that organisers are preparing the track to host F3 races and perhaps secure a spot on the F3 Asian Championship calendar. However, this isn’t a done deal yet.

In order to host these races, the Kari Motor Speedway will have to acquire a Grade 3 licence from the FIA. But the motorsport governing body only issues these licences after careful assessment of the completed track.

Every new or upgraded track is studied by the FIA to the finest detail, and once the circuit is built, a thorough verification of its safety level is conducted by an FIA inspector. It is only after this that the licence, signed by FIA President Jean Todt, is issued.

Moreover, Kumar has stressed that while the circuit upgrades should be completed by end of this month, he won’t be applying for an FIA licence until COVID-19-related restrictions are eased further. “What is the point of getting a Formula 3 status if you can’t get the Formula 3 cars here? So though the track will be ready by the end of this month, I will not be applying for Formula 3 status till the flights re-start, people start travelling again and sports people feel safe enough to come to India,” he said.

Kumar continued, “When all that happens, then I’m going to apply, because applying for an FIA licence is expensive. And then the licence is only for three years; what’s the point of having a licence which you’re not going to use for the next one and a half years?”

So the Kari Motor Speedway yet has to complete a number of procedures before it can be ready to host an F3 race. But these changes will definitely give the circuit a much-needed overhaul.