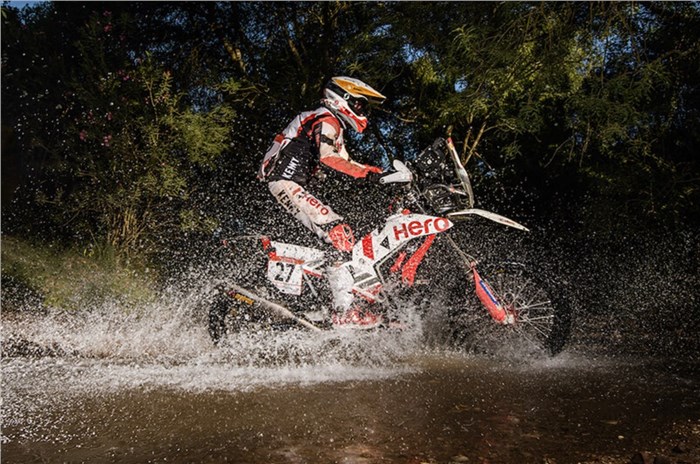 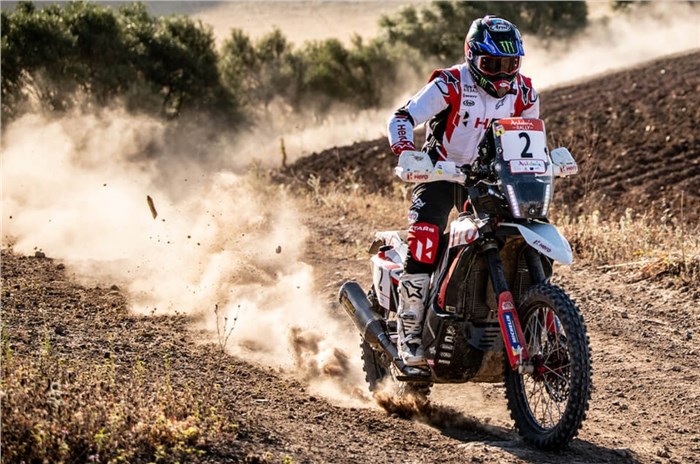 Caimi finished 5th on his debut rally for Hero MotoSports. 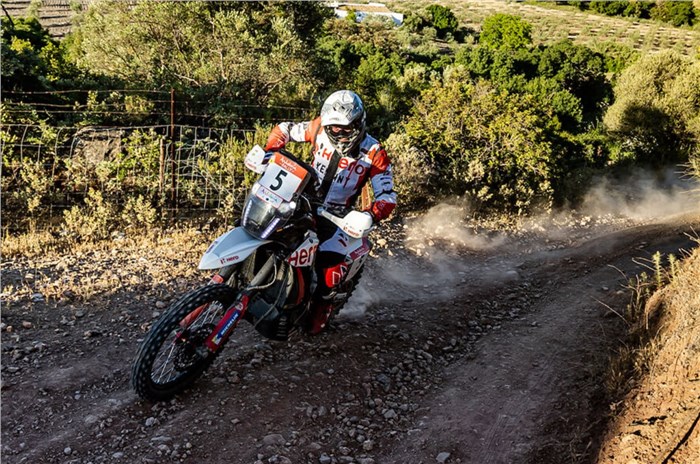 Read on to find out how the Indian team fared at the 2021 Andalucia Rally:

Rodrigues, Caimi in the top 5

The Andalucia Rally is the first official event in the buildup to the 2022 Dakar Rally. This year’s edition was a lot more extreme than the previous one, with twice the distance to be covered.

The event was also Hero MotoSports’ first with new recruit Franco Caimi. With CS Santosh still recovering from his head injury sustained in the Dakar Rally earlier this year, he had to sit this event out.

It was Rodrigues who ended up leading the charge for the team. After winning the Prologue stage, he ran into some navigation trouble, but was able to claw back the lost time in the remaining stages. He made a strong start to the final stage, but decided to exercise some caution after some minor crashes, shifting his focus onto bringing the bike across the finish line safely. This was enough for him to finish 4th overall, missing out on a podium finish by just a little over 3 mins.

Caimi finished just behind him in 5th place, with a strong final dash in the last stage. With this, the Argentine bagged a top five finish in his very first rally with Hero MotoSports.  “I focused on improving my feeling and confidence on the bike. So I am happy to be at the end and with the way things have gone in my first rally with my new team. I really enjoyed it and want to thank my entire crew for doing a fantastic job through the rally and also our supporters and my new Hero family,” he said.

Navigation difficulties and a 15 minute penalty for an engine change cost Buhler the chance of a podium finish. But he put the new engine to good use and managed to finish the final stage in 4th place – enough for him to slot into 8th place in the overall rankings.

Hero MotoSports will now be preparing for Rally Kazakhstan on June 7-13, as the team looks to continue gaining key experience in the build up to Dakar 2022. 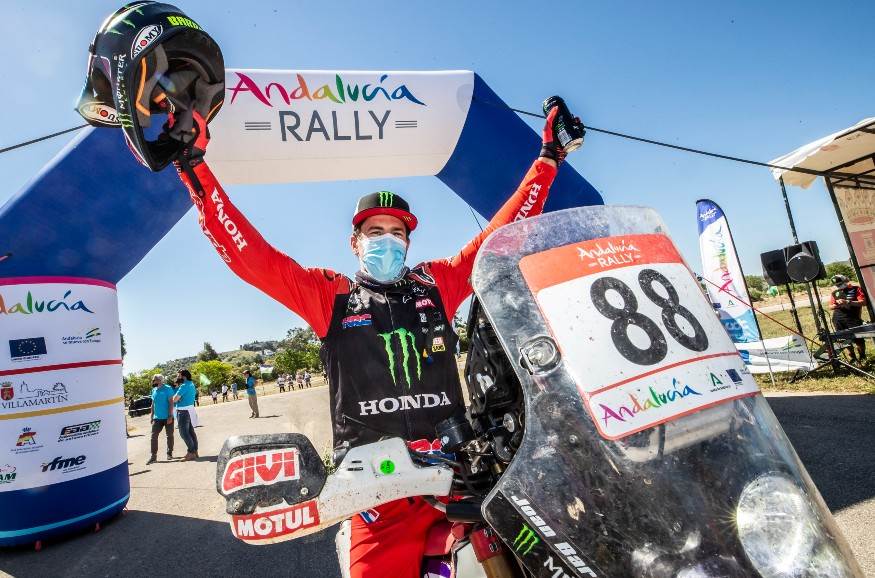