The Hero MotoSports rider is currently in a medically induced coma, but is in stable condition. 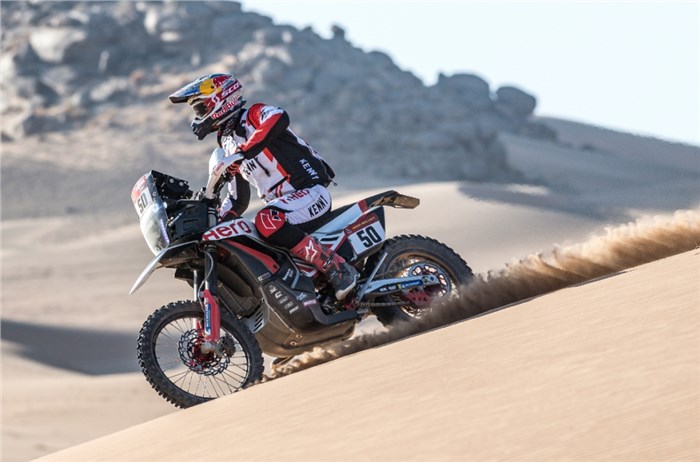 CS Santosh is in stable condition following his crash. 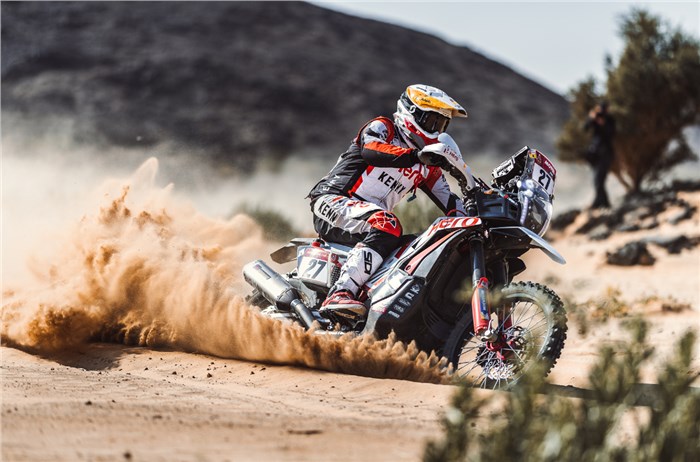 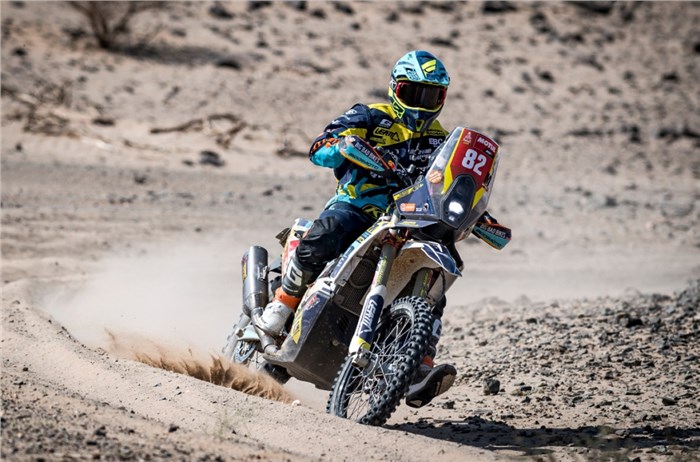 Ashish Raorane is up to 80th place overall

Indian rally ace CS Santosh’s Dakar 2021 campaign has unfortunately come to an end after he suffered a heavy crash on Stage 4. He was transported by helicopter to a hospital in Riyadh, where he is currently in a medically induced coma. But Hero MotoSports has confirmed that he is in stable condition.

CS Santosh crashed at around 135km into the stage on a gravel track. Husqvarna’s Paul Spierings was the first to arrive at the scene, and while talking to RallyManiacs, he revealed that Santosh was unconscious and had to be resuscitated. He was immediately attended to by the on-ground medical team and was later flown to Saudi German Hospital in Riyadh for a thorough medical evaluation.

The ASO has since confirmed that he’s being treated for a suspected head injury and has been placed in a medically-induced coma before he can undergo further scans later today.

This was CS Santosh’s seventh attempt at the grueling Dakar Rally. After completing Stage 3, the Indian rider was up to 34th place overall and had even rejoiced that it had been his “best three days in the Dakar”. Autocar India wishes him a speedy recovery.

It was a day of contrasting emotions for Hero MotoSport. While CS Santosh’s crash had left the team shaken, it had also secured its first top 10 finish in the Dakar Rally this year, with Joaquim Rodrigues completing Stage 4 in 6th place.

“First of all, my thoughts go out to our brother Santosh and I wish him a speedy recovery. I know that he will pull through to come back stronger,” said Rodrigues, who is now up to 16th place overall.

“Today was a very tough stage for me as this was where the tragic incident happened last year. It brought back a lot of painful memories for me and I couldn’t sleep all night. I had a nervous start to the stage but as I started to ride, I started to get into a rhythm and my navigation was perfect. I believe it was Paulo who was navigating for me today and I am so happy to know that feeling,” he continued, referring to Hero’s star rider Paulo Gonçalves, who tragically passed away after a crash in the Dakar Rally last year.

Sebastian Buhler finished 24th in the stage and holds on to his 24th place spot in the overall ranking.

Harith Noah, who is competing with the Sherco Rally Factory Team following TVS Racing’s decision to opt out of Dakar 2021, suffered a high speed crash that left his bike with a broken rear fuel tank. He had to stop and re-fuel twice, but was able to make it through the stage in 66th place.

As a result, he’s dropped to 37th place in the overall classification. But most importantly, he gets to continue competing in the rally.

After running into some issues with his roadbook, Ashish Raorane had to manually scroll it while navigating the challenging terrain. This did slow him down and to further complicate matters, he noticed a leakage from the front fuel tank pump of his KTM 450 Rally Replica. Competing in the unassisted Malle Moto category, he had to fix the issue himself.

Despite all of this, Raorane enjoyed his best stage so far of 75th place. This sees him gain six places in the overall ranking and he now stands 80th.