The veteran rally rider, racing for Hero MotoSports, died from his injuries after he took a fall in Stage 7 of the 2020 Dakar Rally. 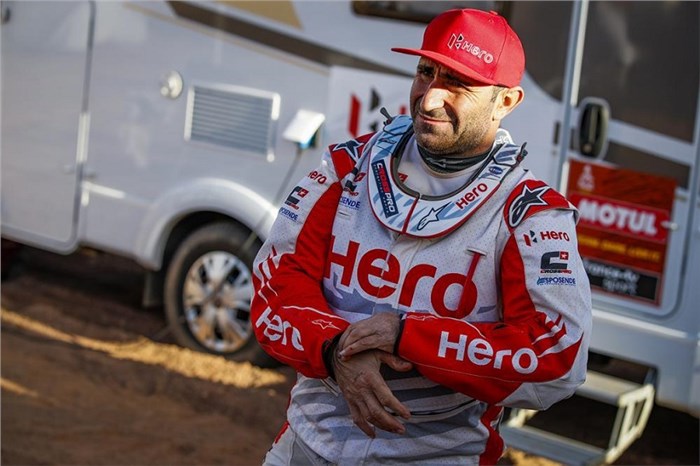 Portuguese rally veteran Paulo Gonçalves has succumbed to injuries sustained in a crash during Stage 7 of the ongoing 2020 Dakar Rally in Saudi Arabia.

The 40-year-old suffered a crash 276km into today’s stage. The organisers received an alert at 10:08am SAST and dispatched a medical helicopter, which reached the scene at 10:16am to find the rider unconscious after going into cardiac arrest. Gonçalves was then flown to Layla Hospital, where he was unfortunately pronounced dead.

Gonçalves leaves behind the legacy of an illustrious rally career, with a highlight being winning the 2013 FIM Cross-Country Rallies championship. Nicknamed “Speedy” Gonçalves, the Portuguese rider bagged 23 titles in various motocross, supercross and enduro championships across the world. The 2020 Dakar Rally marked his 13th time participating in the gruelling event, and his first time competing in it for Indian rally team Hero MotoSports. He’d made his Dakar debut in 2006 and finished in the top 10 four times, even finishing as runner-up in 2015.

This year too, he’d made several appearances in the top 10 of the 2020 Dakar Rally, and was even responsible for one of the stand-out showcases of grit and determination so far in this year’s event. Despite suffering an engine issue in Stage 3, he’d refused to give up and after a 6hr wait for a replacement engine, he’d proceeded to change the engine himself and continued the stage in the late hours of the night. He bounced back from the incident with a stellar 4th-place finish in the next stage.

Gonçalves is the first participant to have died while competing in the Dakar Rally since Michal Hernik in 2015.

Autocar India extends its heartfelt condolences to Gonçalves’ family, friends and team in the wake of this tragedy.