Navigation proved to be tricky, but all three Hero MotoSports riders, along with Harith Noah and Ashish Raorane managed to complete Stage 1. 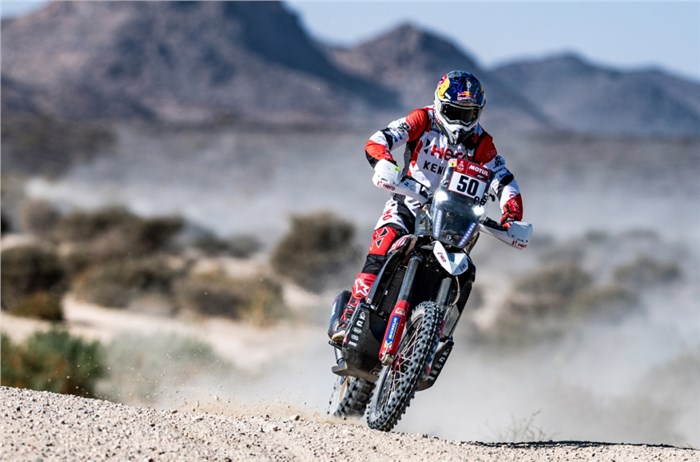 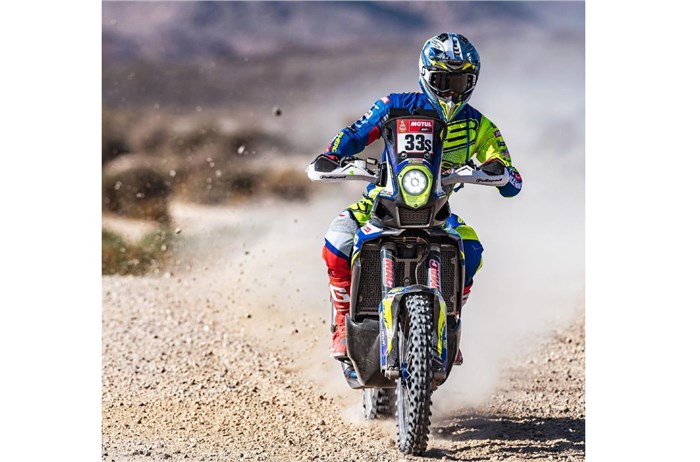 The 2021 Dakar Rally got underway in Saudi Arabia with a 277km long opening stage from Jeddah to Bisha. Despite being a relatively short stretch, Stage 1 threw a number of curveballs with navigation proving to be especially tricky with the numerous intersections. However, all three of Hero MotoSports’ riders – CS Santosh, Joaquim Rodrigues and Sebastian Buhler – as well as Harith Noah and Ashish Raorane successfully made it through the stage.

Joaquim Rodrigues in the lead for Hero MotoSports

With TVS opting out of this year’s Dakar rally, Hero MotoSports is the only Indian team at the iconic event. The main challenge on Stage 1 lied in stringing up one valley after another, while avoiding the navigational hazards. So, Joaquim Rodrigues decided to exercise caution to avoid any unwarranted incidents right at the start of the rally. He’s currently leading the charge for the team and stands 22nd in the overall ranking.

CS Santosh also decided to take a safer approach on the updated Hero 450 Rally bike, leaving him 43rd overall. “It was definitely not an easy stage today. It was a really physical stage with a lot of rocks to go through so it was slow and you had to always watch the roadbook. There were lots of direction changes and tricky navigation to set you off the track. So overall, I think it was a very tough first stage of the Dakar and it sets the precedence for the stages to come ahead,” he said.

Sebastian Buhler started well but chose a wrong track around 20km into the stage which resulted in him riding alone in the dust for most of the stage. Having lost time, he’s currently 29th overall.

TVS factory rider Harith Noah is also taking a second go at tackling the Dakar Rally, competing as a privateer with the Sherco Rally Factory Team. He did run into a few navigational issues, but successfully completed the stage in 31st place

“Navigation got tricky occasionally and got lost pretty bad a few times. There were also some rocky sections, which is a first for me and definitely not one of my strong suits. After a lot of eating dust, getting terribly lost and a couple of tip overs, finished Stage 1 at P31,” Noah said.

Raorane is competing in the Malle Moto category for motorcycle and quad competitors. The category requires the rider to race completely unassisted. So, competitors will have to carry all the spare parts, tools and accessories required for the rally in their trunks and will have to carry out all maintenance work on their vehicles themselves.

Like for several of the riders, navigation proved to be an issue for Raorane too. Despite losing some time in the beginning of the stage, he managed to get through and is now 85th overall.

Dakar 2021 to be broadcast in India on 1Sports